Бори́с Леони́дович Пастерна́к, IPA in Russian, was born in Moscow, the son of talented artists: his father a painter and illustrator of Tolstoy's works, his mother a well-known concert pianist.[1]

Bio Summary: He was a Soviet Russian poet, novelist, and literary translator. In his native Russian, Pasternak's first book of poems, My Sister, Life (1917), is one of the most influential collections ever published in the Russian language.[2]

Outside Russia, Pasternak is best known as the author of Doctor Zhivago (1957), a novel which takes place between the Russian Revolution of 1905 and the First World War. Doctor Zhivago was rejected for publication in the USSR. At the instigation of Giangiacomo Feltrinelli, Doctor Zhivago was smuggled to Milan and published in 1957 and distributed with the help of the CIA in the rest of Europe. Pasternak was awarded the Nobel Prize for Literature in 1958, an event which enraged the Communist Party of the Soviet Union, which forced him to decline the prize, though his descendants were later to accept it in his name in 1988.[3]

An outstanding poet, the Nobel Prize laureate Boris Pasternak, was largely owed to a woman who entered his life so suddenly to stay there until the last days. Boris Leonidovich Pasternak was born in Moscow on January 29 (February 10) in 1890 into the family of an artist and pianist. Famous people gathered in their house: artists, musicians, writers, and from childhood Boris was familiar with the most famous people of art in Russia. At the age of eighteen, Pasternak entered the Faculty of Law of the Moscow Imperial University, and a year later was transferred to the Faculty of History and Philology. The young man wished to become a philosopher. A few years later, on the money collected by a careful mother, the young man went to Germany to listen to lectures of the famous German philosopher. But there he was disappointed in this science and went to Italy. Boris returned to Moscow with an insistent desire to devote himself to literature and poetry.

Women worshiped him. Pasternak was patient with them, gentle and caring. The first wife of the writer, the artist Yevgenia Vladimirovna Lurie, lived with him for seven years. However, the marriage was destroyed because of the passionate love of Boris Leonidovich to Zinaida Nikolaevna Neuhaus, whom he met in 1929. Despite the fact that the romance of the writer was discussed by his friends and they in every possible way discouraged Pasternak from divorce, the poet and Zinaida left for the Caucasus, where the lovers spent unforgettable weeks. And six months later the poet left Lurie and married Zinaida Nikolaevna. Sixteen years later Olga Vsevolodovna Ivinskaya entered the life of the writer. They met in 1946. Ivinskaya at the time was thirty-four years old, she was a widow and brought up two children: a daughter from her first husband and a young son from her last husband. Olga worked for New World magazine. And when Boris Pasternak came to the editorial office, they suddenly started talking. Then the poet confessed to his new acquaintance that he decided to write a novel. Pasternak recalled that Lara’s image in his novel was born thanks to Olga, her inner beauty, amazing kindness and strange mystery. Work on the novel began, and Pasternak began to come to the experienced editor more often. At first, their relationship was only friendly, later there were deeper feelings. However, the poet could not leave the family, abandon his wife, whom he still loved. On the other hand, Zinaida Nikolaevna was so unlike gentle, dreamy and feminine Olga. Several times the lovers tried to part, but Pasternak went to his beloved again and again. The lovers could not hide the passionate connection for a long time. Boris was never shy about his feelings, was not afraid to look ridiculous or weak. His relationship with Ivinskaya stopped, when in the autumn of 1949 she was suddenly arrested. The woman was charged that she allegedly wanted to escape with Pasternak abroad. She spent several months in a cold and damp cell where she was tortured daily to get confession. Despite the fact that the woman was pregnant she was treated with monstrous cruelty. So, after another interrogation, Olga Vsevolodovna lost her child. The investigation was over, and she was sent to the camp. The poet vainly went to the authorities and asked to release the beloved from prison. The only thing he could do to help Olga was that he took care of her children for four years and helped them financially. Ivinskaya was released in 1953 and again returned to Pasternak. His love became even stronger, and the attitude toward his beloved seemed more gentle. When in 1955 Pasternak finished the last chapter of Doctor Zhivago and none publishing house wanted to publish it, he agreed to publish the novel in Italy. This work was published two years later, and a year later, in 1958, the Soviet writer was awarded the Nobel Prize. In the first years of Khrushchev’s rule, the West made all sorts of flirting with the USSR and literally filled up with Nobel Prizes of Soviet scientists. The Soviet authorities welcomed this. The attitude to the Nobel Prize in literature was exactly the opposite. The author of the novel was accused of betrayal of the homeland and was called Judas. At the end of October Pasternak was expelled from the Writers’ Union and there was a request to expel him from the country. The persecution continued for several weeks until the scandal-tied hero sent a telegram to the Swedish Academy and refused the Nobel Prize. Several years the writer spent in Peredelkino. Occasionally he went to another city and certainly sent Olga the most delicate letters. In early May 1960, Pasternak saw Olga Ivinskaya for the last time. A few days later, on May 7, the writer suffered another heart attack. Despite optimistic forecasts of doctors, his condition rapidly deteriorated. He suffered from lung cancer. Ivinskaya tried to come to him, but the poet’s relatives forbade her to come to their house. She was standing under the window, and the beloved sent her short notes, asked not to look for meetings with him. Before his death, the writer told his family that he was glad to die, that he could no longer see people’s meanness. On May 30, 1960 Boris Pasternak died. Olga Vsevolodovna was depressed. She was left alone. Close friends, who were friendly with her, not only turned away from her, but began to call her a liar, a dirty and unscrupulous person. However, the worst was ahead. In the summer of 1960, Olga Ivinskaya was arrested for the second time. The charge of smuggling was strange and ridiculous – the poet’s beloved received royalties from abroad after every publication there of the novel Doctor Zhivago. She was sentenced to eight years in prison and sent to a camp in Mordovia. There they sent her daughter Irina. Four years later, Ivinskaya left the camp, and was rehabilitated only in 1988. The confiscated personal archive of Ivinskaya, in which were Pasternak’s letters addressed to her, several books, as well as some of the manuscripts of the poet, were never returned to the legal owner. In the early 1990s, Olga Vsevolodovna wrote: “I am 82 years old, and I do not want to leave my life insulted and spilled”. In 1992, Ivinskaya released a small book of memories. She died on September 8, 1995, without returning those things that were taken from her.

Is Boris your ancestor? Please don't go away!

ask our community of genealogists a question.
Sponsored Search by Ancestry.com
DNA
No known carriers of Boris's DNA have taken a DNA test.

Images: 3
Boris Pasternak in his youth 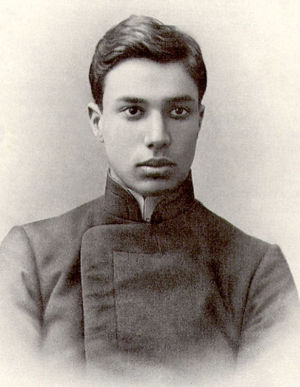 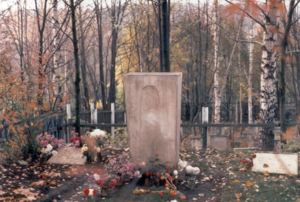 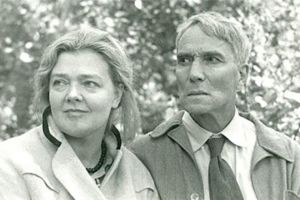 Boris is 33 degrees from Claire Nava, 39 degrees from Levi Strauss and 31 degrees from Henry VIII of England on our single family tree. Login to find your connection.