Charles Paulet was a member of the aristocracy in British Isles.

Charles, Lord St John of Basing, born about 1630 was the child of John Paulet and Jane Savage. [1] On 28 February 1652 he married Christian, daughter of John Frescheville who brought him £10,000 and died in childbirth on 22 May 1654. Never a Papist like his father he was still arrested in 1655 as a suspected cavalier but only briefly imprisoned.

His second wife was Mary illegitimate daughter of Emmanuel Scrope, Earl of Sunderland and widow of Henry, Lord Leppington. She bore him two sons and three daughters.

With the restoration he was elected MP for Winchester in 1660, and for Hampshire in 1661.

29 November 1666 Samuel Pepys wrote "And to show how mad we are at home and unfit for any troubles: my Lord St John did, a day or two since, openly pull a gentleman in Westminster Hall by the nose, one Sir Andrew Henley, while the judges were upon their benches, and the other gentleman did give him a rap over the pate with his cane, of which fray the Judges, they say, will make a great matter: men are only sorry the gentleman did proceed to return a blow; for, otherwise, my Lord would have been soundly fined for the affront, and may be yet for his affront to the Judges." [2]

His father died on 5 March 1675 and Charles succeeded as 6th Marquess of Winchester. He became an exclusionist and was one of those pressing the charge of popery against Samuel Pepys. With the death of Charles II he sent to Holland expressing his support for the Prince of Orange should he decide to take the English throne and was rewarded with the Dukedom of Bolton on 9th April 1689 after the revolution. (He was among those excepted from pardon in the declaration of King James II on 20 April 1692). Charles died on 27 February 1699 and was buried at Basing in Hampshire on 23 March.

Thank you to James Allen for creating Paulet-74 on 16 Dec 13. Click the Changes tab for the details on contributions by James and others. 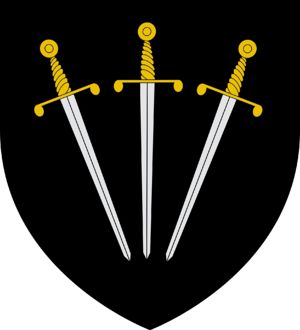 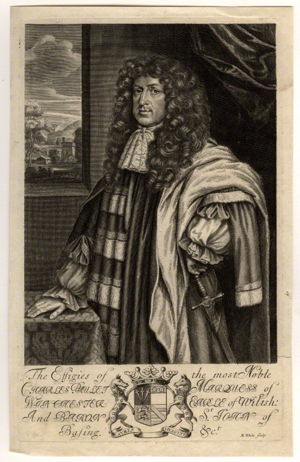 Leave a message for others who see this profile.
There are no comments yet.
Login to post a comment.
John Bardy
I was doing some Wikipedia work on Tobias Jenkins MP for York in the late 17th century and noted that he married a Lady Mary Paulet, said to be the daughter of Charles Paulet, Duke of Bolton. The source was Dugdales Visititation of York (https://huddersfield.exposed/wiki/Dugdale%27s_Visitation_of_Yorkshire:_Volume_1_(1899)_edited_by_J.W._Clay). They had two daughters, ELizabeth and Mary. Mary married Sir Henry Goodricke on 26 Apr 1707 in York Minster. Hope this is of use.
posted Jun 23, 2021 by John Bardy