American chemist, biochemist, peace activist, author, and educator. He was one of the most influential chemists in history and ranks among the most important scientists of the 20th century. Pauling was one of the founders of the fields of quantum chemistry and molecular biology. Pauling was awarded the Nobel Prize in Chemistry in 1954. In 1962, for his peace activism, he was awarded the Nobel Peace Prize, the only person to be awarded two unshared Nobel Prizes.

Pauling was born in Portland, Oregon, as the first-born child of Herman Henry William Pauling (1876–1910) and Lucy Isabelle "Belle" Darling (1881–1926). He was named "Linus Carl," in honor of Lucy's father, Linus, and Herman's father, Carl. Lucy's great grandfather William Darling, Sr., has a documented lineage to Elder William Brewster, who arrived in America on the Mayflower, and it is used as a sample lineage.

Pauling married Ava Helen Miller on June 17, 1923. The marriage lasted until Ava Pauling's death in 1981 and produced three sons (Linus Jr., Peter and Edward Crellin) and a daughter (Linda). Pauling died of prostate cancer on August 19, 1994, at 19:20 at home in Big Sur, California.

Is Linus your ancestor? Please don't go away!

ask our community of genealogists a question.
Sponsored Search by Ancestry.com
DNA
No known carriers of Linus's ancestors' DNA have taken a DNA test. 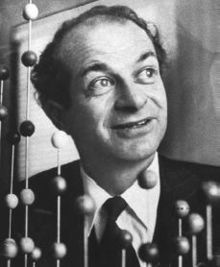 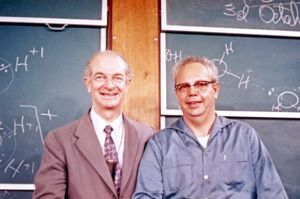 Get Well Letter From Linus Pauling to Fred Ewing