Lester Bowles Pearson was born at Newtonbrook, Ontario, on April 23rd 1897, the son of Edwin Arthur Pearson and Annie Bowles. He was named after his maternal grandparents, Jane Lester and Thomas Bowles. His roots were largely Irish and Methodist, the only exception being his paternal grandmother who came from New England Quaker stock. Both his father and paternal grandfather were Methodist ministers, as were three of his mother's first cousins.

He was an excellent student with a love of athletics and sports that he would maintain throughout his life. He attended Victoria College, where his mother's cousin Rev. RP Bowles served as Chancellor.
While at university during the First World War, Lester enlisted in the Canadian Army Medical Corps and served overseas until an unfortunate accident with a bus during a London blackout ended his military career. One enduring consequence of his military experience was the nickname "Mike", which he retained for the rest of his life.

After the war, he completed his BA and briefly tried his hand in business before settling in teaching history at University of Toronto. This was where he met his future wife, who was in one of his classes. He married Maryon Moody on August 22 1925 in Winnipeg, Manitoba.

Lester Pearson became a Canadian diplomat; in 1952 he was elected president of the United Nations General Assembly; in Dec 1957 was awarded the Nobel Peace Prize, for helping to end the Suez crisis of 1956, by establishing the first United Nations peacekeeping mission.

On 22 April 1963 he became Prime Minister of Canada and was Prime Minister during Canada's centennial year, 1967. His government was responsible for the introduction of the Canada Pension Plan and universal health care, among other accomplishments. He served until 20 April 1968, when he was succeeded by Pierre Elliott Trudeau.

Thanks to Rick Heiser for starting this profile. Click the Changes tab for the details of contributions by Rick and others.

Sponsored Search by Ancestry.com
DNA Connections
It may be possible to confirm family relationships with Lester by comparing test results with other carriers of his Y-chromosome or his mother's mitochondrial DNA. However, there are no known yDNA or mtDNA test-takers in his direct paternal or maternal line. It is likely that these autosomal DNA test-takers will share DNA with Lester: 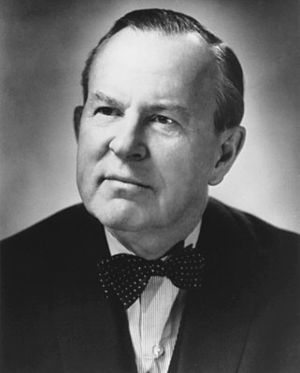 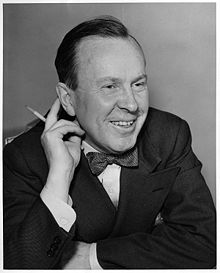 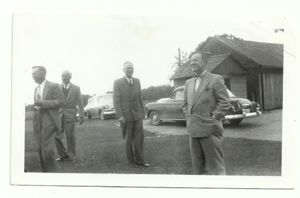 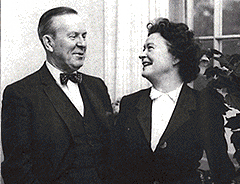 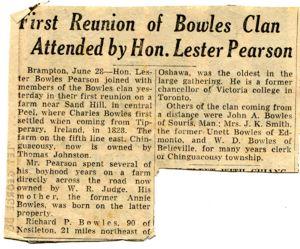 Eowyn (Langholf) Walker
Lester is today's WikiPick of the Day :)

Lester is 20 degrees from Donald Howard, 15 degrees from Julia Howe and 17 degrees from Henry VIII of England on our single family tree. Login to find your connection.