His first 2 years were spent on his family's farm in Hagersville, on the outskirts of Hamilton, Haldimand County, Ontario, Canada.

About 1954 his parents moved the family to St.Catharines, Ontario, Canada and in 1956 the family moved to the Port Dalhousie area of the town.

By early adolescence he became interested in music and acquired a transistor radio, which he would use to tune into pop music stations. He first took piano lessons, but seeing his penchant for drumming on various objects, his parents bought him a drum kit for his 14th birthday. He took lessons from Don George at the Peninsula Conservatory of Music. He debuted at the school’s Christmas pageant at St.Johns Anglican Church Hall in Port Dalhousie.

He appeared with his first group, "The Eternal Triangle", at Lakeport High School where he performed his first solo. During adolescence, he floated between regional bands in pursuit of a career as a full-time drummer.

Early in his career, his performance style was deeply rooted in hard rock. He drew most of his inspiration from drummers such as Keith Moon and John Bonham, who were at the forefront of the British hard rock scene.

At 18, he travelled to London, England to concentrate on his music. There he played in several bands and occasionally received session work but ultimately got discouraged by his lack of progress in the music business.

After 18 months of dead-end musical gigs, he returned home to Canada disillusioned and went to work for his father at "Dalziel Farm Equipment" in St.Catharines, Ontario. Canada. [2]

His audition as drummer for the Toronto-based band "Rush" was overseen by Geddy Lee and Alex Lifeson who accepted Neil's style of drumming. He officially joined the band on 29 July 1974.

On his first outing with the band on 14 Aug 1974, he opened for "Uriah Heep" and "Manfred Mann" in front of over 11,000 people at the Civic Arena in Pittsburgh, Pennsylvania, USA.

"Rush" began to tour extensively and he became the band’s main lyricist. Literature heavily influenced his writings. As a drummer he was distinguished for playing "butt-end out", reversing stick orientation for greater impact and increased rimshot capacity. His drumming was renowned for its technical proficiency, and his live performances for their exacting nature and stamina.

About 1975 he began a relationship with Jacqueline "Jackie" Flockhart Taylor and they had a daughter, Selena Taylor, born about 1978.

He became a famed rock musician and about 1994 he revamped his playing style to incorporate jazz and swing components.

On 09 May 1996, he and his 2 band mates were made Officer of the Order of Canada. The trio were the first rock musicians to be bestowed the highest civilian honor by the Canadian government. The 3 were also inducted into the Canadian Songwriter Hall of Fame.

Neil Peart married on 09 Sep 2000 to a photographer and they had a daughter born in late 2009 in Santa Monica, Los Angeles County, California, USA.

- "The Masked Rider: Cycling in West Africa"
- "Ghost Rider: Travels on the Healing Road"
- "Traveling Music: Playing Back the Soundtrack to My Life and Times.

He wrote a total of seven nonfiction books focused on his travels and personal stories.

On 07 Dec 2015 he announced his retirement from music. in an interview with "Drumhead Magazine". [6] In January 2018 bandmate Alex Lifeson confirmed that "Rush" was retiring due to Peart's health issues. [7]

Some of his nicknames included Pratt, Milton Banana and "The Professor".

Is Neil your relative? Please don't go away!

ask our community of genealogists a question.
Sponsored Search by Ancestry.com
DNA
No known carriers of Neil's DNA have taken a DNA test.

Images: 9
Officer of the Order of Canada 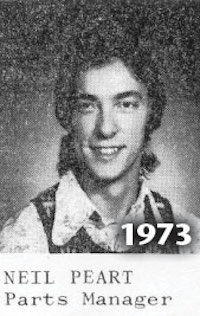 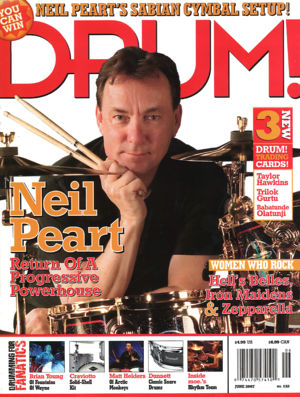 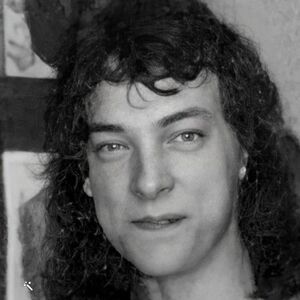 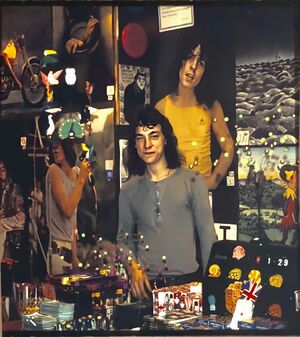 Leave a message for others who see this profile.
There are no comments yet.
Login to post a comment.
[Living Swift]
RIP Neil, rest up now buddy. I have some images from Simmons days I'll upload.
posted Sep 04, 2020 by [Living Swift]