Robert Peel was born on 5 February 1788 at Chamber Hall, Bury, Lancashire the third child of Sir Robert Peel and his wife, Ellen Yates. [1] He was baptised at St Mary, Bury on 28 March 1788. [2]His father was returned to Parliament as MP for Tamworth in 1790. When he was ten his father moved the family into Drayton Hall, Fazeley, Staffordshire. Robert was educated at Harrow where he was an associate of George Gordon Byron, at Christ Church, Oxford where his closest friend was Henry Vane (later Duke of Cleveland) and at Lincoln's Inn. With the support of Arthur Wellesley he was returned to Parliament on 14 April 1809 as member for Cashel. There he urged resistance to Napoleon and support for Wellesley in his campaign in the Peninsula. During this time he formed lifelong friendships with Henry Goulburn and John Wilson Croker.

In 1812 under the premiership of Lord Liverpool he became Chief Secretary in the Irish Administration. In 1815 after Waterloo he visited the victorious Arthur Wellesley, Duke of Wellington in Paris then moved on to stay with the Duke of Richmond in Brussels.

On 8 June 1818 he married Julia Floyd, daughter of General Sir John Floyd [3] [4][5] and his wife, Rebecca Juliana Darke. Together they had 5 sons and 2 daughters and lived at 4 Whitehall Gardens which had been designed by Robert Smirke in 1824.

In 1822 Robert was appointed Home Secretary and busied himself consolidating hundreds of old laws into a simpler form of criminal justice. He was also responsible for forming the British Police Force. Policemen were known as "peelers" but the alternative nickname "bobby" is still in use today as Britons mourn the loss of the "bobby on the beat". [6]

He was defeated in the polls in 1829 by Sir Robert Inglis and the government asked Sir Manasseh Lopez to vacate the pocket borough of Westbury in his favour. His father died on 3 May 1830 and Robert succeeded as 2nd Baronet Peel of Drayton Manor. Robert became Prime Minster in 1834 when Lord Melbourne was dismissed by the King, William IV, taking over from Wellington who had reluctantly held the post as caretaker. It was a minority government and Robert was in opposition after the election of 1835 until the election of 1841 after which he was invited by Queen Victoria to form a ministry and served as Prime Minister until 1846. [7]

On 29 June 1850 Robert was thrown by his horse whilst he was riding on Constitution Hill. He fell face downwards, and was badly trampled. [8]The resulting internal injuries caused his death at Whitehall Gardens on 2nd July. [9]A public funeral was offered but declined as Robert had expressed a wish to be buried beside his parents at St Peter in Drayton Bassett. He was interred there on the 9th July. He was succeeded in the baronetcy by his eldest son, Robert.

"In memory of the Rt Hon Sir Robert Peel, Bart to whom the people have raised monuments in many places. His children erect this in the place where his body has been buried. He was born Feb 1788 and died 2nd July 1850" [10] 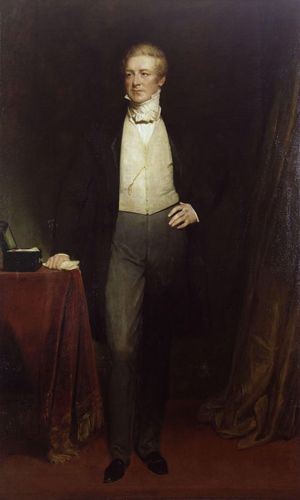 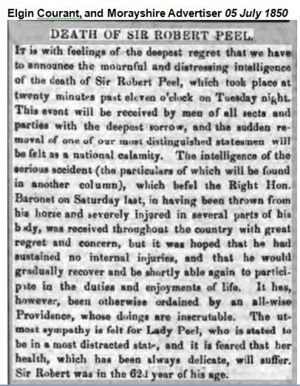 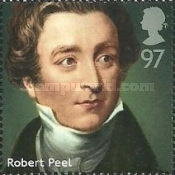 Robert is 19 degrees from Donald Howard, 11 degrees from Julia Howe and 13 degrees from Henry VIII of England on our single family tree. Login to find your connection.