Dr. John Stith Pemberton was the original inventor of the formula for the popular soft drink, Coca-Cola.[1][2]

John entered Reform Medical College of Georgia in Macon, and at the age of 19 became a licensed pharmacist, showing great skill in chemistry.[3][2] He practiced the use of botanicals to heal patients as well as surgery in Rome, then later in Columbus where he established his wholesale drug business.[2] Sometime before he entered the war, he earned a doctorate in pharmacology, though the exact details are not known.[2]

John opened his own drug store in Macon, Georgia.[3] He was a respected member of the medical community and worked for reform in his field.[2] Laboratories he established are still in use over 125 years later as part of the Georgia Department of Agriculture.[2] The labs' original focus was to prevent the sale of fraudulent agri-chemicals, and achieved its goals in reducing the number of incidents in the state.[2] At it's inception it was known as "one of the most splendid Chemical Laboratories that there is in the country."[2] His other endeavours included being a partner in the Pemberton, Wilson, Taylor and Company of Atlanta, Georgia (1870).[2] He was a trustee of the Atlanta Medical College (which later became Emory University School of Medicine).[2] He also established a pharmaceuticals manufacturing and sales business in Philadelphia, Pennsylvania. John served six years on the Georgia state examination board for licensing pharmacists.[2]

Not long after he had graduated Reform College, John met and married Ann Eliza Clifford Lewis, who was known to her friends as "Cliff". They had only one child, a son, Charles Ney Pemberton, born in 1854.[5] The family lived in Columbus, Georgia.

John served with distinction as a lieutenant colonel of the Confederate Army's 12th Cavalry Regiment during the United States Civil War.[2][6][7][8]In April of 1865 Lt.Col. Pemberton prepared his cavalry regiment for the defense of Columbus, Georgia. General Wilson brought 3 divisions of cavalry to attack Columbus. On Easter Sunday the 16th of April Girard and Columbus were attacked by Union forces under the command of General Wilson. The Union forces attacked the bridges that connected Columbus to Girard on the Alabama side of the Chattahoochee River. The Dillingham Street bridge was destroyed by the Confederate defenders. The forces of General Wilson then attacked the 14th Street bridge further up river. In the assault of the bridge Lt. Col. Pemberton was wounded . The wound was a saber slash across his chest and like many wounded veterans of the era, John found himself addicted to morphine. The Union and Confederate forces fought the Battle of Columbus but did not know that Lee had already surrendered.

Using his own pain from his war wounds as inspiration, John worked on opiate-free painkillers that could be used in place of morphine. Next he experimented with coca wines and eventually created his own alcoholic medicine called Pemberton's French Wine Coca.[2] The product was marketed towards war veterans and "highly strung" Southern women and was extremely popular in the region.[3][2]

In 1886, temperance legislation was enacted forcing John to find a non-alcoholic version of the French Wine Coca.[2] After experimenting with various combinations with friend and fellow druggist Willis Venable, they worked out a set of directions that included blending the base syrup with carbonated water instead of wine. [3] John decided to sell it as a fountain drink rather than medicine, marketing it as the ideal temperance drink.[2] Frank Mason Robinson came up with the name "Coca-Cola", liking the alliteration of it. John marketed the drink as "delicious, refreshing, pure joy, exhilarating".[3]

Realizing the best way to deal with the popularity of his drink was through his business knowledge, John made Coca-Cola its own business and put his son, Charles, in charge of manufacturing.[2] Once prohibition ended in the area in 1887, John also resumed the manufacture and sale of his French Wine Coca.[2] He retired and sold all his work in pharmacology and medicine to focus on his beverage business.[2] He put out an appeal for partners and backers for his beverage business, and gained them, working out a deal to receive five cents for every gallon sold.[2] The business incorporated in March 1888, and several months later, John died.[2] One of the company partners, Asa Candler would do the most work in making Coca-Cola a national household name.[3]

On 16 August 1888, John Stith Pemberton died in Atlanta, Georgia of stomach cancer, and still dealing with his morphine addiction.[3][2] He was buried at Linwood Cemetery, Columbus, Georgia where his gravestone was engraved with symbols reflecting his service in the Confederate Army and his pride at being a Freemason.[3] The day of his funeral no Coca-Cola was sold and all pharmacies in the state were closed to honor of the community's most distinguished and admired members.[2] 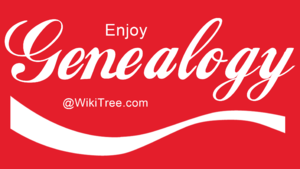 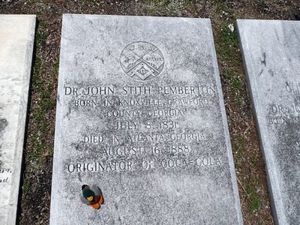 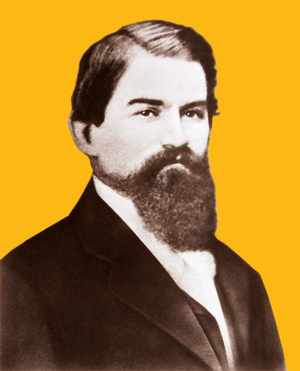 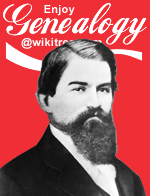 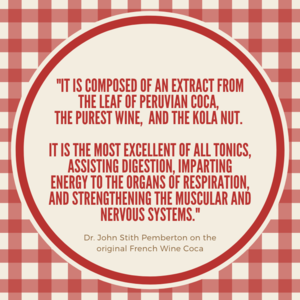 Leave a message for others who see this profile.
There are no comments yet.
Login to post a comment.
John Simmons Jr.
Where were John and his wife married? I have seen a note on Family Tree that they were married in Knoxville in Crawford County, Georiga. Can this be confirmed? The date given is 12 October of 1853.
posted Jun 03, 2019 by John Simmons Jr.

Bill Sirinek
WOW this guy's got ancestors linked all the way back to 350AD!!

Wikitree can't even tell me what relation that person is to him because it's way more than 30 generations!

Doug Laidlaw
Vincent, a Ph.D. is a Doctor of Philosophy, not of pharmacy. Outside the USA, it is awarded for several years' research. My wife is a pharmacist, and has a Ph.C. (pharmaceutical chemist) after her name. Pemberton looks as though he would have qualified for an honorary doctorate, but maybe it was different in his day.
posted May 28, 2019 by Doug Laidlaw

Vincent Piazza
Shouldn't he have Dr. as a title since he is a pharmacist which implies he must have a PhD.?
posted Sep 11, 2015 by Vincent Piazza