William Penn was a part of the Abolitionist Movement. 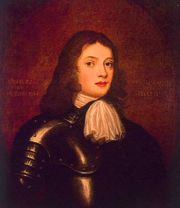 Penn at 22.
William Penn was born October 14, 1644, in London, England. He was the son of Admiral William and Margaret (Jasper) Vanderschuren Penn. His father was an English admiral, a landowner, and was knighted by King Charles II; his mother, Margaret Jasper Vanderschuren, was the daughter of a merchant. [1] William was the brother of Margaret, Mary and Richard Penn.[2]

William was a Friend (Quaker)

Although a member of a distinguished Anglican family and the son of Adm. Sir William Penn, Penn joined the Religious Society of Friends or Quakers at the age of 22. The Quakers obeyed their "inner light", which they believed to come directly from God, refused to bow or take off their hats to any man, and refused to take up arms. [4]

Tower of London, c.1670
Penn was a close friend of George Fox, the founder of the Quakers. These were times of turmoil, just after Cromwell's death, and the Quakers were suspect, because of their principles which differed from the state imposed religion and because of their refusal to swear an oath of loyalty to Cromwell or the King.[5]

William Penn, as a Quaker, was persecuted for his beliefs in England. He was imprisoned in the Tower of London for seven months during 1668-69 for pamphleteering.[6]

Penn founded Pennsylvania as a bastion of religious freedom. It was one of two colonies, along with Rhode Island, that tolerated Quakers . Penn wanted to establish a colony where people could live harmony:

Consequently, on June 24, 1680, Penn asked King Charles II (1660-1685) for a charter for land in America. The only available tract in eastern North America lay west of New Jersey, north of Maryland, and south of New York, an area that England had conquered from the Dutch in 1664 and which the King had given to his brother James, the Duke of York. After appropriate discussions the King granted Penn's request on March 4, 1681.[9] 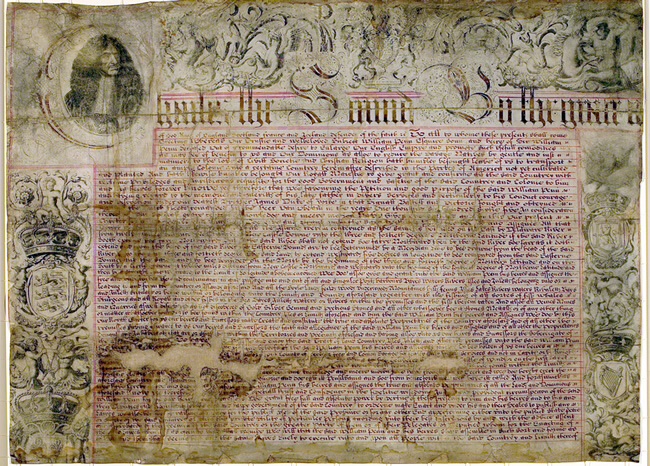 William married twice, and had a large family, although sources disagree about the exact number of children he had. Many of his children died young.

The Minute Book of the Monthly Meeting of Upperside includes the following entry:[7]

Att a Meeting at Tho: Ellwood's on ye 7th of 12 th mo: 71.
Intention of marriage between William Penn of Walthamstow in the County of Essex and Gulielma Maria Springett of Tiler End Green in the parish of Penn in the County of Bucks. Thomas Zachary & Thomas Ellwood appointed to inquire.

William Penn and Gulielma Maria Springett married on the 4th of the 2nd month of 1672 (4 April 1672 new style) at King's, Charlewood, Hertfordshire. The certificate was signed by 46 witnesses.[10] Gulielma was the daughter of Sir William Springett (1620-1644) who died before she was born and Lady Mary Springett who later married Isaac Penington. They had the following children:[2][11]

Two years after Gulielma's died, he married Hannah Margaret Callowhill, the 25-year-old daughter of Thomas Callowhill and Anna (Hannah) Hollister. Penn was 52. They had eight children over a twelve year period:

William Penn, his second wife Hannah, and daughter Letitia Penn (by his first wife) sailed out of the Isle of Wight on September 3, 1699 on the Canterbury, or Canterbury Merchant. The ship reportedly survived an attack by pirates during the voyage, which ended December 3, 1699 at Philadelphia[15] - a city planned and developed under Penn's direction.[14][11]

Although a slave owner,[16] Penn is remembered for peaceful tolerance. He forged a treaty with the local Leni Lenape Indians and saw that the tribe was respected and the terms of the treaty honored, saving the colony from the conflicts and attacks other English colonies suffered. [17]

William Penn contributed significantly to our form of government in the United States. Penn’s belief that “Religion and Policy…are two distinct things, have two different ends, and may be fully prosecuted without respect on to the other” took hold and became one of America’s most important ideals the separation of church and state which is the basis for religious freedom. [18]

Quakers believed that everyone had to seek God in his or her own way. Penn also thought that religious tolerance – or “liberty of conscience” – would create stronger governments and wealthier societies. Penn was unique among his fellow philosophers in that he had the opportunity to act on his beliefs. In Pennsylvania, religious tolerance was the law. [18] William Penn's belief that this would create wealth was disappointed. He had hoped that his colony would be profitable for him and his sons. It never became so:

William Penn died penniless on 30 July 1718, at his home in Ruscombe, near Twyford in Berkshire. He was buried on 5 August 1718 in an unmarked grave next to his first wife in the cemetery of the Jordans Quaker meeting house near Chalfont St Giles in Buckinghamshire in England. His wife as sole executor became the de facto proprietor [of Pennsylvania] until she died in 1726.[19][20][21][22]

William Penn and Hannah Callowhill were declared US Honorary Citizens by Ronald Reagan in 1984.[23]

Weems, M.L. (n.d.). The Life of William Penn: The Settler of Pennsylvania, the Founder of Philadelphia, and One of the First Lawgivers in the Colonies, Now United States, in 1692. N.p. Google Books. 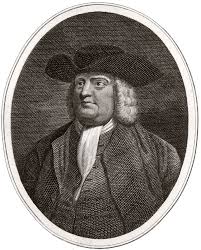 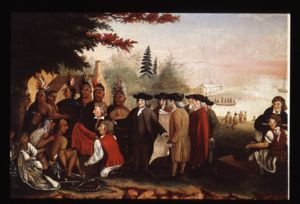 The Birth of Pennsylvania 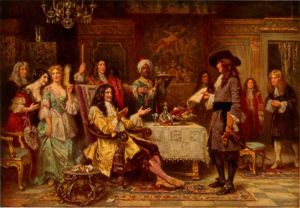 Seal of the City of Philadelphia 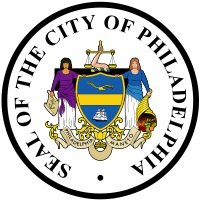 Anne X
Dec 3, 1702. Gabriel Thomas to the Council of Trade and Plantations. William Penn and his Stewards did oppress the inhabitants of the territories of Pennsylvania by taking their cattle for the quit-rents twice the value of what they owed, without giving them any satisfaction or manifestation of their power so to do, neither would Penn let them see his deeds, nor let them know where the line that divided between the said territories, Mariland and his own Province, was, with many other intolerable oppressions, which occasioned them to forsake the territories that belongs to the Crown and go to Penn's own Province and West New Jersey, where no tobacco is made, which is to the Crown's loss at least 20,000l. per annum, as petitioner and Col. Quary computed, and appears by petitioner's former petitions. [1]
posted Jan 14, 2021 by Anne X
edited Jan 14, 2021 by Anne X
Ray Hawkes
The information about William's children is incorrect. This has clearly just been copied from Wikipedia without checking primary sources.

posted Oct 23, 2019 by Ray Hawkes
Kathy Rabenstein
This seems to have two burial spots for Wm. Penn--next to his first wife and in Old Jordans Cemetery. Should be explained if body divided.
posted Dec 08, 2018 by Kathy Rabenstein

Debi (McGee) Hoag
Because William arrived on one the Penn Fleet ships (obviously LOL), the Penn Project is a better choice to manage the profile. Therefore the Quakers Project box should be removed. I tried to change it to the {{ Quakers_Sticker }} but couldn't get the placement correct within the biography. Would someone else please give it a try. At the least, the {{ Quakers }} template needs to come off the profile. Thanks, Debi - Quakers Project Leader

PS sorry about the duplicate message. Discovered how to make the set braces appear for the Template names in the comment.

posted Jan 31, 2018 by Debi (McGee) Hoag
William Collins
Son Louis appears to be undocumented. Perhaps that is why he is listed in an incorrect order. There was an eighth child of William and Hannah: A child, unnamed, b. or d. 1697.

This child is noted by Mr Cadbury in Pennsylvania Magazine of History and Biography, LXXXI, 79.

Ken Wise
I am proud to say that I have found several ancestors of mine that bought, or was warranted land, from William and his sons John and Thomas. John Penn's house, Thomas' son, is not far from where I live, in Selinsgrove, PA.
posted Apr 23, 2016 by Ken Wise

Paula J
There are two children named Gulielma Maria and two named Hannah. Please do not merge these as they are not the same people.
posted Jul 02, 2014 by Paula J

Paula J
I propose we disconnect Ann as wife from William Penn. I cannot find any evidence he was married more than twice.