Family lore has him as Charles Kier not Kerr or Karr. Kerr is logical because it is his mother's maiden name. His service record someone has handwritten in Karr. But family lore says his middle name came from his father's former business partner. Marjorie Tennant who married James Kenneth Pennie knew him. She said his middle nae was not Kerr but Kier.

He was wounded at Vimy Ridge (April 1917) and sent to England to recuperate (noted in Marjorie Pennie's family album).

Seems to have had a hernia operation, also was shot in the right wrist and right foot and right buttock as well as left leg and back of calf. Another card calls the leg and foot injuries shrapnel wounds acquired while in France, August 31, 1918. Sent to General Hospital Etaples in France.
Also at https://eehe.org.uk/?p=25040 Epsom Military Convalescent Home].

Appears to have been wounded or injured multiple times with at least 3 stays in military hospitals. Military Hospital Shorncliffe He also spent some time at Bexhill, although it is not specified if he was there for treatment at the hospital, there for training or some other service. (see also: Bexhill photos)

On another of the 80 documents it has him as Private, Regiment 1st CORD. CORD can mean either CORD Central Ontario Regimental Depot - facility in England used to assemble men and to store and administer equipment and materials (OR Commanding Officer Reserve Divisions, but since his rank was listed as Private we believe it is the Regimental Depot description).

Note: Military records indicate birth was in Fraserburgh, Scotland, but we show them living in Lonmay and have birth records from Scotlands People.

Had one child born probably after 1910 in Canada.

Worked for the Railroad.

ask our community of genealogists a question.
Sponsored Search by Ancestry.com
DNA Connections
It may be possible to confirm family relationships with Charles by comparing test results with other carriers of his ancestors' Y-chromosome or mitochondrial DNA. However, there are no known yDNA or mtDNA test-takers in his direct paternal or maternal line. It is likely that these autosomal DNA test-takers will share some percentage (beta) of DNA with Charles: 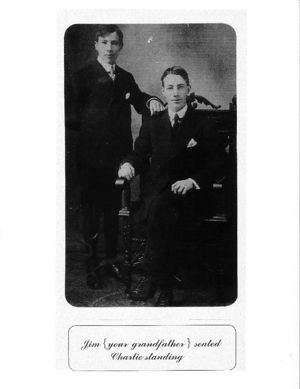 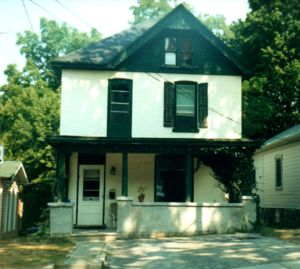