Richard de Percy was born before 1181, when he is named in the Pipe Rolls.[1] His parents were Joscelin de Louvain and Agnes, who was heiress to the original Percies.[1][2]

Richard's older brother Henry died in 1198, and, following his mother's death in 1202, Richard was able to claim her lands.[1] Among the lands he inherited was the Barony of Topcliffe, based in Yorkshire.[3]

During the first years of the reign of King John, Richard often fought for him.[1] But in 1214 he refused to fight in France.[1] The following year he became one of the Surety Barons for the Magna Carta.[1][2] Along with others who rebelled against King John, he was excommunicated in December 1215.[1] he allied himself with the invasion forces of Louis, Dauphin of France, and in 1216 helped to secure Yorkshire for Louis.[1]

In May 1217 Henry III gave Richard's lands to his nephew William, but they were restored by the end of that year.[1] In the 1220s he fought for Henry III.[1]

Richard married twice. His first wife was called Alice, but her origins are unknown.[1][2] His second wife was Agnes de Neville.[1][2] He had a son called Henry, who appears to have been illegitimate as Richard's main heir was his nephew William.[1][2][3]

Richard died before 18 August 1244, and may have been buried in Fountains Abbey, Yorkshire, of which he was a benefactor.[1]

Inquisitions Post Mortem in the reign of Henry III for the substantial Yorkshire lands of Richard and his nephew William de Percy (they appear to be for both of them, probably because William inherited from Richard and they died in fairly quick succession) are undated, though some were endorsed in 43 Henry III (1258-9). The lands may not all have been Richard de Percy's: some may have been lands which William held independently. Among those holding lands of either or both Richard and William was a Henry de Percy, at Settle in Yorkshire, who may have been Richard's probably illegitimate son Henry, though he is not the only fairly closely-related Henry de Percy of this period. Also mentioned is a Peter de Percy holding land at Ilkley, Yorkshire.[4]

"Richard de Percy (before 1181-1244) was the second son of Agnes, heiress of the original Percy family, and Jocelin de Louvain, a younger son of Godfrey, duke of Lorraine, and brother of Adeliza, second wife of Henry I. His background and parentage are illustrative of the cosmopolitanism of the Angevin world.

"Early in John’s reign Richard served on military expeditions with or for the king, but as the community of northern lords of which he was part moved into opposition to the king, so he went along with them, and in 1214 he refused to join John’s Poitevin expedition. On 26 June 1215 he was excommunicated by the pope for his disobedience, and in the following year he and other Yorkshire lords went over to Louis, the French king’s son, the leader of the baronial armies. He only returned to the king’s peace in November 1217.

"Richard married, first, Alice, of unknown parentage, and, on her death, Agnes de Neville. He died in 1244, before 18 August. In his lifetime he had been a benefactor of two Yorkshire abbeys, Sawley (or Salley) and Fountains, and he specified in a grant to Fountains that, if the arrangements specified in the grant were carried out, he was to be buried in that house.

"A shadowy figure, he stands out less vividly than some of the northern lords with whom he was associated."

Richard's Wikipedia entry calls him the ancestor of the House of Percy, but this is of course incorrect. He is one of the 8 Magna Carta sureties with no traced ongoing line of descendants.[5]

As a surety baron, Richard de Percy is managed by the Magna Carta Project, even though he is one of the eight barons who had no descendants past the fourth generation. ~ Noland-165 00:06, 27 January 2018 (EST)

This profile was revised for the Magna Carta Project by Michael Cayley, finishing 3 February 2020. 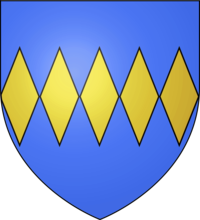 Michael Cayley
The ODNB, which is much more recent, has not repeated that, saying she is of unknown parentage. Medlands agrees with the ODNB. I do not think we should place any reliance on the DNB.
posted Jan 29, 2020 by Michael Cayley

Michael Cayley
There appears to be no evidence that Richard de Percy's first wife Alice was a member of the Braose family - sources indicate that her family origins are unknown. The profile of Joan Alice Braose (who is currently shown as a wife) is unsourced and the product of 2 GEDCOM imports.

I have asked a question in G2G. Subject to any answers to that, I am minded to detach Joan Alice Braose, and detach Richard's son Henry from her, with research notes in the relevant profiles.

Michael Cayley
Good idea. And make her first name just Alice, to accord with Medlands and the ODNB
posted Jan 29, 2020 by Michael Cayley

Liz (Noland) Shifflett
Could someone check on the descendants of Percy-388? He's one of the eight barons marks in the sidebar with

 These eight barons have no descendants after four generations and do not link to any colonial Gateway Ancestors.

In WikiTree, he does.

Quite a full tree, actually - on down to Anne Fairfax who married Lawrence Washington (brother of 1st US President George Washington). The profile for Anne's father, Fairfax-218, has at the top:

Has been called a "gateway ancestor."

The previous comment suggests profiles attached to Percy-8 are the problem.

Thanks for the help!

The problem appears to be profiles attached to https://www.wikitree.com/wiki/Percy-8 that shouldn't be. The Magna Carta project is looking into it.

posted Aug 30, 2017 by Liz (Noland) Shifflett
Donald Driebeek
Richard de Percy was one of the twenty five barons appointed to enforce the observance of Magna Carta. Along with his nephew William (c. 1183-1245), latterly the 6th Baron Percy, he was amongst the lords who rose in arms against King John and his estates declared forfeit.[1] Upon John's death Percy immediately made his peace with Henry III, and had his lands restored to him.
posted Sep 06, 2013 by Donald Driebeek