John FitzRobert MCS is the father of

Roger FitzJohn of Clavering is the father of

Robert FitzRoger of Clavering is the father of

Eupheme (Clavering) Neville is the mother of

Ralph de Neville is the father for

Margaret (Neville) Percy is the mother of

Sir Henry Percy KG is the father of

Sir Henry Percy KG is the father of

Pedigree provided by Bob Keniston of the Magna Carta Project. 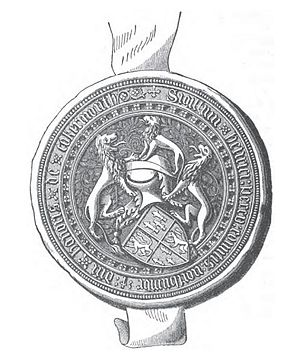 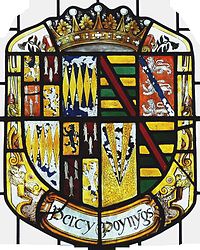 Richard Poynings, married (1st) Joan Seamer. They had no issue. He married (2nd) before Easter term 1425 Eleanor Berkeley, widow of John Arundel, and daughter of John Berkeley, by his 2nd wife, Elizabeth, daughter of John de Betteshorne (or Bistorne). They had two sons and one daughter, Eleanor. Sir Richard Poynings was slain near Orleans, France 10 June 1429. His widow, Eleanor, married (3rd) Walter Hungerford.

Child of Richard Pioynings, by Eleanor.

Henry is 18 degrees from Jaki Erdoes, 17 degrees from Wallis Windsor and 5 degrees from Henry VIII of England on our single family tree. Login to find your connection.