Edwin Elijah Perkins, the inventor of Kool-Aid, was born in Iowa but grew up in Nebraska. He was born 8 Jan 1889[1] in Lewis, Iowa,[2] the eldest son of David Perkins and Kizzie Haymaker.[3]

In 1893, the Perkins family sold their general store in Iowa and moved to a farm in Furnas County, Nebraska, where they resided for seven years. By 1 Jan 1900, they had traded their farm for a general store in Hendley, Nebraska and had relocated to that town. After five years in the general store, David Perkins was able to build a new store building, a frame one with a sign on it: “D.M. Perkins-General Merchandise.”[3]

On 30 Sep 1918, Edwin married Kathryn M. (Kitty) Shoemaker in Pocatello, Idaho, where Kitty was working as a school teacher at the time.[4]

In 1920, they removed to Hastings, Nebraska. About that time, he began producing a line of over 125 "Onor-Maid" items which were sold door-to-door and by mail. One of the most popular items was "Fruit-Smack," a fruit flavored liquid concentrate. Working with that idea he created a powdered soft drink mix called Kool-Ade, which he packaged in envelopes and sold in grocery stores.[3]

Edwin's company, "Perkins Products", was now focusing entirely on Kool-Ade, and in 1931 he moved his operations to Chicago, Illinois. A name change of "Kool-Aid" for the drink came in 1934. In 1953, Edwin Perkins sold Perkins Products to General Foods. Edwin then began philanthropic pursuits until his death in 1961.[3]

Edwin Perkins died on 3 Jul 1961[1] in Olmstead County, Minnesota,[5] after a prolonged illness. The estimated value of his estate was $45 million.[3] He is buried at Parkview Cemetery in Hastings, Adams County, Nebraska.[1]

Is Edwin your ancestor? Please don't go away!

ask our community of genealogists a question.
Sponsored Search by Ancestry.com
DNA
No known carriers of Edwin's ancestors' DNA have taken a DNA test. 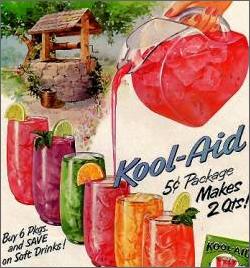 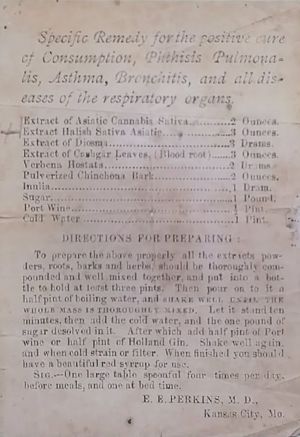 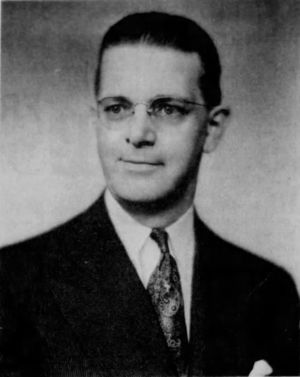