Henry Drushel Perky was originally from Ohio. While living in Nebraska during the early 1890s, Henry suffered from heartburn. He noticed another man similarly afflicted, who was eating boiled wheat with cream. In 1892, Henry took his idea of a product made of boiled wheat to his friend, William H. Ford. Together they developed a machine for making a solid wheat product, what Henry called "little whole wheat mattresses." Those wheat biscuits would be known as shredded wheat.

In Denver, Colorado, Henry founded The Cereal Machine Company with a patent for the biscuits by 1895. The manufacturing was then moved to the east coast in Massachusetts and had an additional name added, of "The Shredded Wheat Company". Henry became a pioneer of the "cookless breakfast food" and to mass produced of ready to eat cereal. By 1898 the shredded wheat product was in North and South America and Europe. In 1901 a new major factory was built in Niagara Falls, NY. 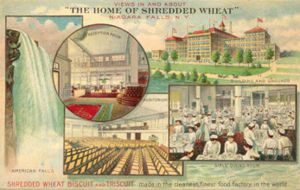 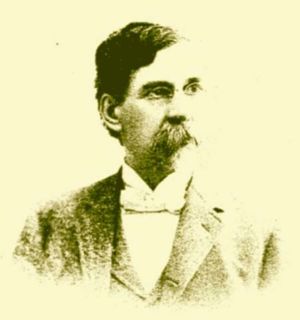