Christoph married Barbara Krein on 13 November 1862 in the Glückstal District of Odessa/Kherson, Russia.[3]

In 1900, Christoph and Katherine were living in T.98-R.60 German Precinct,Hutchinson County, South Dakota, United States with their children [4]

In 1910, Christoph was a widower, age 70. He was living with his son, John and his family in Tripp Ward 3, Hutchinson, South Dakota, United States.[5]

Christoph is buried at Friedens Reformed Cemetery with his wife and several other family members in Tripp, Hutchinson County, South Dakota. [6]

Is Christoph your ancestor? Please don't go away!

ask our community of genealogists a question.
Sponsored Search by Ancestry.com
DNA Connections
It may be possible to confirm family relationships with Christoph by comparing test results with other carriers of his Y-chromosome or his mother's mitochondrial DNA. However, there are no known yDNA or mtDNA test-takers in his direct paternal or maternal line. It is likely that these autosomal DNA test-takers will share some percentage of DNA with Christoph: 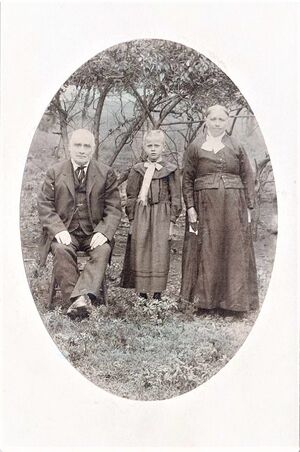