The family of Per Jönsson emigrated 1868 with 5 children, oldest 10 years and youngest 1 year old. Matilda was born in USA. [2]

The family of Peter Johnson is found in the 1870 Cencus in Westchester, Porter, Indiana. Peter is a "Day laborer". His wife Ingburry Johnson is listed and the children: Anna Johnson, Johananna Johnson, Charlotte Johnson, Mary Johnson, John Johnson and Matilda Johnson.[3]

In the next Census 1880, when the family has moved to Leadville, Lake, Colorad (Main street 221). Ingeborg is not listed and Peter Johnson is said to be a widower, so she must have died 1870-1880. The children are: Jennie (Johanna) Johnson, Mary Johnson, Matilda Johnson. Johan should have been 13 years old, so he should still be living with his family, so he has probably died- With the family is Mary Johnson and her daughter Jennie (10 yars old) living. She is the widow of the brother of Per - Lars (Theodore) Johnson. Peter Johnson is a Miner, and have been out of work 2 months [4]

In some official documents it is said that Lottie was born in Indiana, but she was only a small child when the family arrived in Westchester, Porter, Indiana. [5]

This is what Per wrote aboyt Lottie (Lotta) to his sister Elisabet in Sweden: Lotta lives in Chicago, she has a boy going on five years, she is married the third time. I have not met her since 1878 in april. The first she was married to was from Norway, he got beaten to Death, the second was a English man, he was a painter, he was a good man, he got a stroke and died and now she is married to a german. He is bookkeeper at a big trading Company in Chicago. He gets 20 dollars a week and he is a good man, she is writing moving letters, I understand they are both religious. Lotta has written religous and moving letters since she lost her first man och I´not surprised because the World has been hard to her and I´m glad she is thinking of the right The right aider Jesus who cares for all who are burdened by sin. I would myself long ago have perished if not the World had been my Comfort.

Connection between niece and aunt (Lottie Johnson Meyer) in clothing business in Sterling, Illinois [6]
We have come across and interesting tidbit of information regarding Lottie Johnson Meyer in Chicago and her niece, Goldie Abbott, daughter to Jennie Johnson Abbott. In the 1922 Sterling'Rock Falls IL City Directory, there is a listing for Meyer, Lottie Mrs. v-pres The G. L. Abbott Co. (res. Chicago).
In the 1925 Sterling IL City Directory there is a listing for Abbotts Shoppe. Golda L. Abbott Pres. Lottie Meyer v-pres, Lulu Blackburn Tres. and Asst. Manager. and a separate listing for Meyer, Lottie v-pres Abbott's Shoppe (res. Glencoe).

Findagrave text: Inga Charlotta Persdotter Johnson, daughter of Peter and Ingeborg Johnson, was born in Ovansjo, Sweden, and came to the United States in 1868. "Lottie" eventually married John Meyer and lived in Chicago until she died in 1947. She was the mother of Frederick Gordon Meyer. Among Lottie's sisters were Maria Albertina Johnson Anderson (d. 1907 in Chicago) and Johanna Caterina Johnson, a married seamstress whose last name is unknown. Lottie also had a sister named Anna Brita Persdotter Johnson, married name unknown. Another sister was named Mathilda Johnson.[7]

Is Charlotta your ancestor? Please don't go away!

ask our community of genealogists a question.
Sponsored Search by Ancestry.com
DNA Connections
It may be possible to confirm family relationships with Charlotta by comparing test results with other carriers of her mitochondrial DNA. However, there are no known mtDNA test-takers in her direct maternal line. It is likely that these autosomal DNA test-takers will share some percentage of DNA with Charlotta: 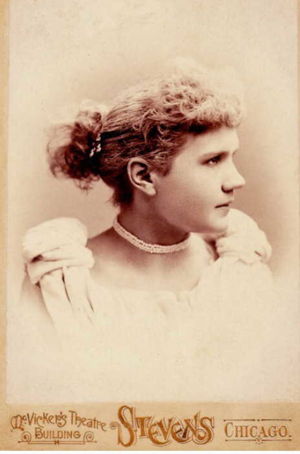 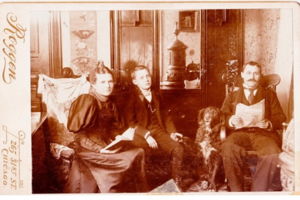 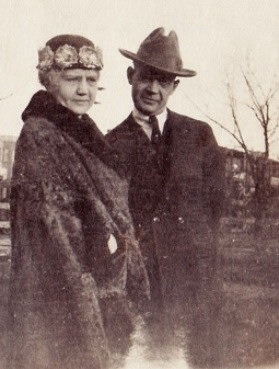 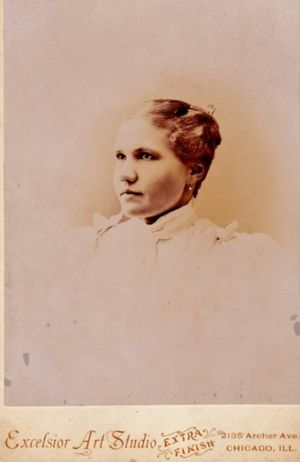