Film and theater director, producer, actor and comedian. Nichols was one of a small group of people who have won an Emmy, Grammy, Oscar, and Tony Award. His films garnered a total of 42 Oscar nominations and seven awards. In 1968 he won the Academy Award for Best Director for the film The Graduate. His other films include Who's Afraid of Virginia Woolf?, Catch-22, Carnal Knowledge, Silkwood, Working Girl, The Birdcage, Closer, and Charlie Wilson's War.

Mike Nichols was born Mikhail Igor Peschkowsky in Berlin, Germany, the son of Brigitte (née Landauer) and Pavel Peschkowsky, a physician. His father was born in Vienna, Austria, to a Russian Jewish immigrant family. Nichols' father's family had been wealthy and lived in Siberia, leaving after the Russian Revolution, and settling in Germany around 1920. Nichols' mother's family were German Jews. His maternal grandparents were Gustav Landauer, a leading theorist on anarchism in the early 20th century, and author Hedwig Lachmann. Nichols is a third cousin twice removed of scientist Albert Einstein, through Nichols' mother, according to research done by Professor Henry Louis Gates, Jr., of Harvard University, in 2010.

He was married four times, lastly to ABC News anchorwoman Diane Sawyer. Nichols died of a heart attack on November 19, 2014, at his apartment in Manhattan. 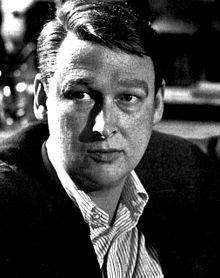