Lars was born in 1499 in Örebro as the son of the smith Peter Olafsson and Kristina Larsdotter.

Lars older brother Olof had studied in Wittenberg under Martin Luther, and on his return to Sweden he managed to convince king Gustav to reform Sweden from Catholicism to Protestantism. In 1527 the king sent Lars to study in Wittenberg and in 1531 he was chosen to become Sweden's first protestant archbishop. He now called himself Laurentius Petri Nericius. The same year he wed the king to his first wife, Catarina af Sachsen Lauenburg, for which he two days later was rewarded with an engagement to a relative of the king, Elisabet Didriksdotter.

Laurentius defended the reduction of the property of the church but wanted some of the wealth to go to students and the poor.

In opposition to the king, who more or less saw the church as place for up-bringing, Laurentius aligned with the German-Lutheran theologists who drew a clear border between the crown and the church. He wanted to give the church a large portion of independence when it came to spiritual matters. The king, who still wanted the practice of the church to be mostly catholic, did not allow Laurentius to print his texts and tried to subdue the power of the archbishop. Laurentius did not give up and in October 1536 he managed to force through his brother's handbook on how to perform Christenings, weddings and so on, as well as finally end the celibacy of the clergy. Mass was, however, still in Latin for another ten years.

The reformation was gradually implemented by Laurentius. The magic of the holy water was denounced and hymns and prayers to the saints was taken away. Some of the bishops, priests and the people worked against the protestant reformation and it was not until 1544 that the parliament, that took place in Västerås, definitively declared the reformation and forbade the catholic faith and practices.

Olaus Petri, Laurentius brother, did not always agree with the king and preached against some of his undertakings in his sermons. The king lashed out against Laurentius for this, who learned how to handle the king's luny temper. He did on the other hand never go back on his beliefs. Laurentius took part in the trial that sentenced his brother to death for treason in January 1540, Olaus was pardoned and forgiven but heavily fined.

The king wanted more power over the church and tried to get rid of the bishop's role. A man named Georg Norman took control of the parts in Götaland but Laurentius kept the northern parts. The two started to co-operate, of sorts, and in 1543 Laurentius returned as the leader of the church. This was thanks to his literary work, of which translating the bible into Swedish and releasing it as the "Gustav Vasa Bible" had an important part.

Laurentius revised the handbook on how to perform mass and left more room for song and Latin hymns. He wanted the performance and purpose of the communion to be clear to the people and the sermon to be in the language of the people.

Even though the king kept on working towards having full control of the church, the relationship between the king and the archbishop remained stable throughout the remainder of the kings reign. Laurentius never gave up and continued to work with changing the practices of the church. He preached against the use of alcohol and produced texts on how to raise children.

During the reign of king Erik XIV, the archbishop had much more freedom and his power was strengthen. He started to see the influences of Calvinism, the banning of certain ceremonies and remains from the Catholic practise such as the way the communions was performed and started to work against it. when Erik was dethroned and his brother Johan took over the struggle against Calvinism intensified with the support of the king.

Laurentius kept on working hard throughout his whole life and wrote a lot of texts right up until his death in October 1573.

Is Laruentius your ancestor? Please don't go away!

ask our community of genealogists a question.
Sponsored Search by Ancestry.com
DNA
No known carriers of Laruentius's DNA have taken a DNA test. 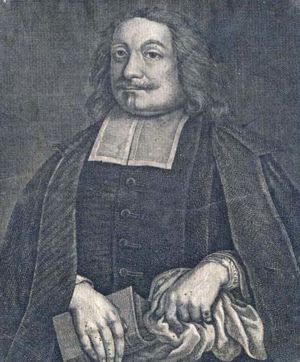 Laruentius is 26 degrees from Cecil B. DeMille, 27 degrees from Rosalie Neve and 12 degrees from Henry VIII of England on our single family tree. Login to find your connection.