Dixon was born in Yazoo City, Mississippi, June 12, 1858. His father, S. M. Phillips, was a prominent lawyer of Mississippi. During the Mexican War, he was colonel of the First Mississippi Regiment, and among his most intimate friends were Zachary Taylor and Jefferson Davis. Upon the declaration of civil war in 1861, he joined the Cofederate army as captain of a company in a Mississippi regiment. Through exposure at the engagement at Fort Pickens, he contracted a severe cold which resulted in pneumonia and caused his death in the fall of 1861. He left a widow and childern to mourn his loss. In 1863 the family moved to Madisonville, and among the earliest recollections of young Phillips is the passage of General Sherman's vast army on his memorable raid to the sea, being three days and nights in passing the house. Dixon L. Phillips received his education chiefly at home, attending the public schools only three months each year. He, however, made rapid progression as is evinced by his reading Latin at the age of thirteen years. In the fall of 1872, the family emigrated to California and settled at Centerville, Fresno County. The ravages of the war having left them about penniless, Mrs. Phillips turned her attention to teaching school for a livelihood, and in this she ably assisted by Dixon L., who taught mathematics, although at that time under fifteen years of age. In 1873, with his brother, B. R. Phillips, he planted the first crop of cotton grown in Tulare County, which was very successful. In 1874, the family moved to Fresno, and he worked at painting, carpentering, tinning, or any honest labor to assist in the support of the family. In the fall of 1877, he attend one term of school at White River, and, after successfully passing an examination before the County Board of Education, he received a certificate to teach in the public school of the State, being at that time under nineteen years of age. Securing his certificate in March, 1878, he used this as a stepping-stone to the law, teaching in winter and studying during the summer with Sayle, Tupper & Tupper, of Fresno. He opened his first office at Centerville in July, 1880, and was appointed Deputy District Attorney under W. D. Grady. In April, 1881, Mr. Philips moved to Hanford, where he has sinced resided, engaged in the pratice of his profession. He was married in Oakland, California, December 28, 1882, to Miss Florence C. Miller, a native of Kentucky and a daughter of Theo. Miller, a prominent lawyer of that State. In 1884 he bought property in Hanford on Eight Street, and built his residence. To him and his wife, four childern have been born: Mary Louise, Florence, Esther, and Laweence Miller. Mr. Phillips has been twice appointed Distruict Attorney of Tulare County - first, under E. J. Edwards in 1881, during the troublous days of the land league excitement; and he was three weeks in trying a merchant for violating the Sunday law. Several of the agitators in defense of the law were hung in effigy. Mr. Phillips is a member of Lucerne Council, No. 103, Young Men's Institute. For two years he was president of the council, and in August, 1890, was elected by the sixth Grand Council as Grand First Vice-President. He is also retained on the commitee on laws and supervision.

Is Dixon your ancestor? Please don't go away!

ask our community of genealogists a question.
Sponsored Search by Ancestry.com
DNA
No known carriers of Dixon's DNA have taken a DNA test. 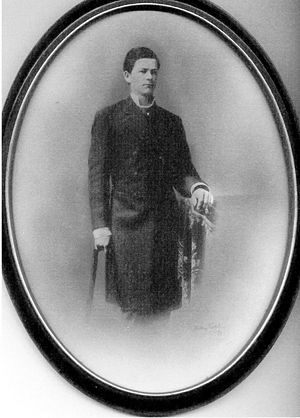