DIT Name -LAJAMBRE/LAJAMBE- alias used in many French countries to differentiate between similar named individuals. Often carried through to their descendants. This DIT name goes back through several generations.

Birth Name - Albini/Albiny - From baptismal record. Anglicized Names - Bennie and Benjamin. Note: Albini's given name is often confused by researchers with that of his twin brother Solomon who died shortly after birth. Birth of twins documented in St. Edmund's, Ellenburg, New York

The source of Benjamin Peets first marriage to Minnie Gadway is indirect and based on their being married by Feb 1892 when the NY census was taken when Minnie's age was give as 15. Their first child Frank was born 21 Aug 1892. Its therefore likely the we're married at the end of 1891 or early in 1892.

Taken from Obituary (below) and tombstone)

Benjamin Peets, 77, of 66 McLaughlin St. died Thursday night at 10:30 at Mercy General hospital here. He had been confined to the hospital for the past month, after suffering a paralytic shock. Funeral services were held Monday morning at 9 o'clock at St. Alphonsus Church, and burial was in St. Alphonsus cemetery here. He was born at Mooers Forks, N.Y. on July 18, 1870, the son of Peter and Mary Reome Peets, and was married there about 57 years ago to Miss Minnie Gadway. His first wife died six years later, and Mr. Peets was married a second time at Mooers Forks 47 years ago to Miss Jennie Vevie. The family moved to Tupper Lake 35 years ago, and Mr. Peets worked for eight years on the maintenance of way department of the old New York & Ottawa Railroad. He was employed nearly 20 years at the Oval Wood Dish plant here, until his retirement eight years ago. His second wife, died in Tupper Lake April 2, 1940. Surviving are three sons, Frank, Joseph and Thomas Peets, all of Tupper Lake; four daughters, Mrs. Andrew (Rose) Miller, Mrs. Henry (Gertrude) LaBarge and Mrs. Thomas (Melvina) Willette, all of this village, and Mrs. Homer (Lavina) Pharand of Buckingham, Que.; one sister, Mrs. Lavina Forkey of Ludlow, Mass.; 39 grandchildren and five great-grandchildren. Many out-of-town relatives and friends attended the funeral services here Monday. Among them were Mrs. Homer Pharand of Masson, Que.; Mr. and Mrs. Thomas Scanlon of Herkimer; Mr. and Mrs. Edward Brown and daughter Dorothy of Old Forge; Francis Veivia, Mrs. Joseph Veivia, Miss Theresa Veivia and Mrs. Lena Veivia, all of Ellenburg, N.Y.; Mr. and Mrs. Raymond Peets, Mrs. Robert Jacobi and Mrs. Dorothy Curtius, all of Niagara Falls, N.Y.; Mr. and Mrs. Henry St. John, Mrs. Liza Carlson and Mrs. Mary Dion, all of Ludlow, Mass.; Mrs. Clara Burgess of Montreal, Que.; Mr. and Mrs. Frank Trombly and Mrs. Denise Parson of Mooers Forks, N.Y. and Ben Berthiaume of Hemmingford, Que. Tupper Lake Free Press - a week later: A Correction: Should have said 18 great grandchildren. And should have had Gerald Peets of Niagara Falls listed as attending the funeral. 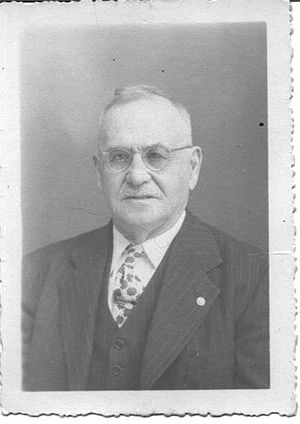 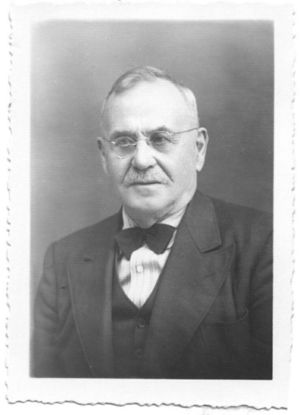 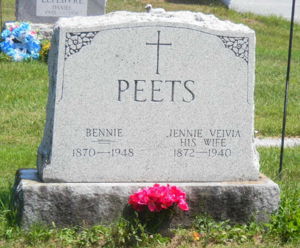 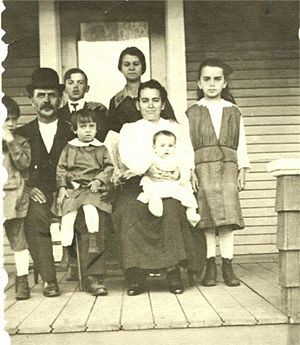