Butte Paper: 8 April 1920 - Montana Pioneer Answers Call: Peter Peters, Who Settled in Lower Deer Lodge Valley in 1863, Is Dead: Peter Peters died shortly after 3 o'clock yesterday in his home, 616 West Park avenue. He had been in poor health for the past several years. A year ago his condition became such his life was despaired of, but he rallied and for a while appeared to have -------. Last winter the old malady again made its appearance and his death was not unexpected. ***Adventurous Nature** Mr. Peters was 73 years of age and a native of Boharnois, province of Quebec, Canada. He inherited the adventuresome nature of his French ancestors, and while still a youth started for the West of which he had many tales from the French voyageurs. He arrived in the Deer Lodge valley in 1863, but instead of devoting his energies to gold mining like the majority of his companions, he took up a ranch in the vicinity of French Crossing. In 1873 he was married to Miss Elizabeth Henault, oldest daughter of the late Mr. and Mrs. Francis Henault, pioneer residents of the lower valley. Their home at French Crossing was one of the best known in the early days, and a favorite stopping place for stage passengers en route between Butte, Deer Lodge and other western camps. In 1893 Mr. Peters disposed of his ranchhouse and moved his family to Eureka. His heart, however, was centered in the Deer Lodge valley and after several years' residence in Eureka he returned to engage in ranching on the old Henault place. Owing to failing health, the family moved to Anaconda about two years ago to make his home. During his long residence in Montana Mr. Peters refused to take any part in politics, although his friends approached him to run for office on several occasions. Although taking a deep interest in the interests of the community in which he lived, he seldom mingled in public affairs. His greatest pleasure was to be with his wife and children, and with the latter he was considered as much in the light of a chum as a father. Besides his wife he is survived by four children, George of Eureka, Walter and Mrs. John Weeks of Pocatello, Idaho, and Miss Elizabeth Peters of this city. A brother, George Peters, when last heard from, was in South America. Funeral arrangements have not been made, awaiting the arrival of the children, who are expected to arrive today.

ask our community of genealogists a question.
Sponsored Search by Ancestry.com
DNA Connections
It may be possible to confirm family relationships with Pierre by comparing test results with other carriers of his Y-chromosome or his mother's mitochondrial DNA. However, there are no known yDNA or mtDNA test-takers in his direct paternal or maternal line. It is likely that these autosomal DNA test-takers will share some percentage of DNA with Pierre: 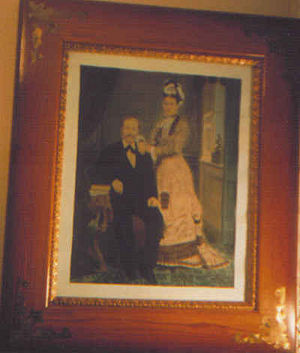