1920 Census Jess P. Mortimore (husband) lists himself as widower. 1920 Census Lander Wyoming, Essie Mortimore is rooming at the Lander Hotel and lists herself as hotel chambermaid. The children are not listed.

In that same census, she lists her father's birth place as Missouri. He had listed it as Kentucky in a previous census.

1930 Census, John W. Lam is found in Cody Wyoming, living aloned and listed as single. Question: Did Essie and John divorce or has Essie passed away? A search of Wyoming Archives yielded no death record for Elsie (Essie) Lam.

Essie is not listed as a survivor in her mother's 1937 obituary. This is some evidence that she died before 1937 and possibly before 1930 given John Lams single status in the 1930 census.

Social Security application and death certificate have been found to document death and burial.

ask our community of genealogists a question.
Sponsored Search by Ancestry.com
DNA Connections
It may be possible to confirm family relationships with Elsie by comparing test results with other carriers of her mitochondrial DNA. However, there are no known mtDNA test-takers in her direct maternal line. It is likely that these autosomal DNA test-takers will share some percentage (beta) of DNA with Elsie: 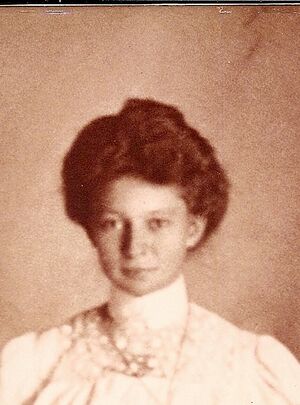