Max was born in 1858 in Kiel with the name Marx, a contraction of Marcus. However, he has never used this name and from childhood on went by the name of Max.[2][3] He was the son of Wilhelm Planck and Emma Patzig. After studying physics in München and Berlin he received his doctorate in 1879 in München. One year later, at the age of 22, he became professor. After he became extraordinary professor for theoretical physics at the University of Kiel in 1885 he could marry his fiancée Marie Merck in 1887 in München. In 1889 he became professor at the Friedrich-Wilhelms-Universität in Berlin.
After his wife died in 1909 he married her niece Marga von Hoesslin in 1911 in München.
He was a member of the Deutsche Physikalische Gesellschaft, the Preußische Akademie der Wissenschaften, and the Kaiser-Wilhelm-Gesellschaft which was later to be renamed the Max-Planck-Gesellschaft. In 1919 he was awarded the Nobel Price in Physics for 1918.[4] In 1914 he was elected as a foreign member of the Accademia Nazionale dei Lincei in Rome and the American Academy of Arts and Sciences, in 1926 as a Foreign Member of the Royal Society. In 1929 the Deutsche Physikalische Gesellschaft awarded him together with Albert Einstein the first Max-Planck-Medaille, it's highest award for theoretical physics.
He died in 1947 in Göttingen after a fall and several strokes.[5]

ask our community of genealogists a question.
Sponsored Search by Ancestry.com
DNA
No known carriers of Max's DNA have taken a DNA test. 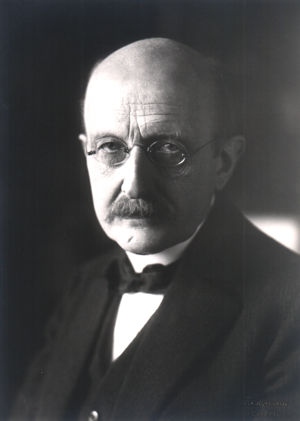