Margaret (Plantagenet) Pole was a member of aristocracy in the British Isles.

Margaret (Plantagenet) Pole is a member of the House of York.

"Francis [HASTINGS] married Catharine, eldest daughter and co-heir of Henry POLE, Lord Montacute, (brother of Cardinal Pole, and son and heir of Sir Richard Pole, KG and Margaret, Countess of Salisbury (Father: George, Duke of Clarence; heiress of her brother, Edward, Earl of Warwick ... last heir male of the house of Plantagenet; beheaded in 1499, by Henry the Seventh)."

ask our community of genealogists a question.
Sponsored Search by Ancestry.com
DNA
No known carriers of Margaret's DNA have taken a DNA test. 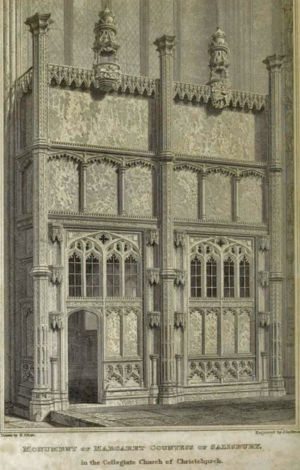 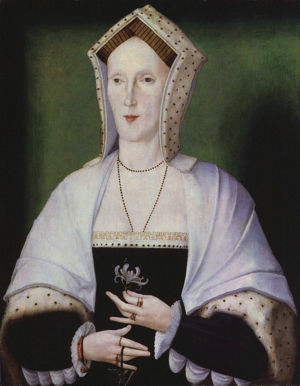 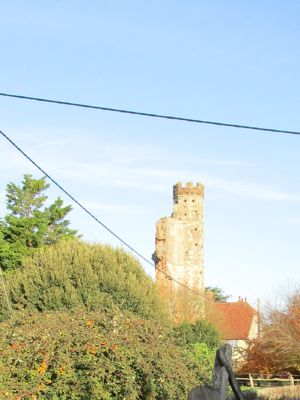 Liz (Noland) Shifflett
I was researching a manor mentioned in the profile of Joan (Bohun) de Lisle and found this tidbit:

It's apparently now haunted by Margaret Pole. (See Connection Finder* for the connection between Joan and Margaret).

* sorry - link should show the connection but it just goes to Special:Connection. You'll need to enter Plantagenet-1593 & Bohun-152 once there.

John Atkinson
It's fine to remove the 8th, because technically she was the 1st, but she was definitely Countess of Salisbury in her own right not as the wife of Richard Pole.
posted Nov 11, 2018 by John Atkinson

C. Mackinnon
For a full scholarly and up to date bio see