a.k.a Edward of Westminster.[2]
House of Anjou: Plantagenet Branch[1]

"Edward I died at Burgh-on-Sands on 7 July 1307 on a campaign to Scotland. On 28 August, Edward of Caernarvon finally instructed English prelates to attend him in Northampton to discuss arrangements for his father's burial and his own coronation as Edward II.

The kings body lay in state in Waltham Abbey, the burial place of Harold II, before entering London. During the funeral procession between Holy Trinity, Aldgate, and Westminster the coffin was preceded by knights wearing the king's armor.

The coffin rested at St. Paul's and the Franciscan Church before arriving at Westminster on 27 October. The following day Edward was interred in the Confessor's Chapel to the west of the monument he commissioned for his father, Henry III, the exequies presided over by the bishops of Durham, Winchester and Lincoln.

The funeral was unrecorded, apart from a distribution of 100 marks to the poor. It was later claimed that Edward's heart, like his father's, was taken to the Angevin mausoleum at Fontevrault.

Edward's tomb was probably commissioned by Edward II or his second wife, Margaret of France, although it may have been instructed by Edward himself, who was sixty-seven years old when he died.

The 9 ft 7 in x 3 ft 7in tomb is a plain, Purbeck sarcophagus, formed by five slabs joined without mortar, with a Purbeck plinth. There is no effigy or tomb-chest decoration, and none was recorded.

Traces survive of the epitaph painted on the north side of the tomb during 1556-59 referring to Edward simply as the 'Hammer of the Scots': Edwardus Primus Scotorum Malleus. Pacum Serva 1308.

In 1774 Edward's tomb was opened revealing a 6ft 7in long Purbeck coffin, resting on rubble with a detailed description of his undisturbed appearance recorded that noted distinct facial marks thought to be battle scars."[3]

Edward I Plantagenet is Notable.

Not sure which source this is from but cites primary sources that should be investigated.

Sponsored Search by Ancestry.com
DNA Connections
It may be possible to confirm family relationships with Edward I by comparing test results with other carriers of his Y-chromosome or his mother's mitochondrial DNA. Y-chromosome DNA test-takers in his direct paternal line on WikiTree: 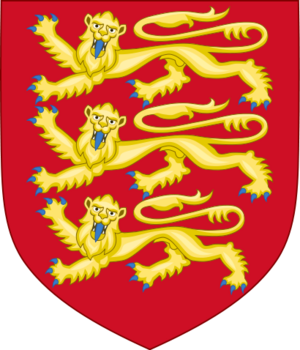 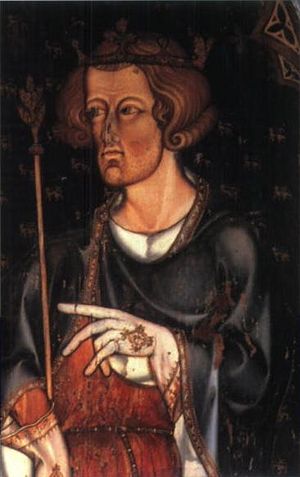 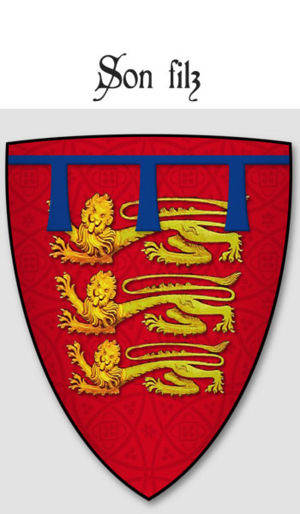 Edward I of England

Amanda (Keys) Gibbons
Thank you for sharing the video of King Edward I. He is my 20th Great Grandfather. I devour video of him and others of the dynasty on YouTube, this is by far the best there is. By the way, out of curiosity I ran a relationship check and you and I, it shows we are 23rd cousins, with our 22nd Grandmother being, Juliana (FitzMaurice) Avenel (abt. 1263 - bef. 1300). I think my heart smiled when my face did. :) Thank you again for sharing!
posted Dec 20, 2021 by Amanda (Keys) Gibbons

SJ Baty
Any thought to adding the nickname "Hammer of the Scots" as described in the bio?
posted Aug 22, 2020 by SJ Baty

Barbara Lannigan
I have came across an interesting record held in The National Archives in Kew. Here's the description:

"Alice de Valence, lady of Offaly and Balliol, to Edward I: the birth of a son to her."

Here is an interesting excerpt from another source regarding Alice & Gilbert de Clare's marriage along with a possible relation with Edward:

"Gilbert's first marriage was to Alice de Lusignan , also known as Alice de Valence, the daughter of Hugh XI of Lusignan and of the family that had now succeeded the Marshal family to the title of the Earl of Pembroke in the person of William de Valence, 1st Earl of Pembroke. They were married in 1253, when Gilbert was ten-years-old. She was of high birth, being a niece of King Henry , but the marriage floundered. Gilbert and Alice separated in 1267; allegedly, Alice's affections lay with her cousin, Prince Edward ."

I wonder what happened to the son?

Thought it was an interesting fact to share. Hopefully there is someone who can fill in some more details.

Edison Williams
I believe adjustments need to be made to the location of death. There was no County Cumbria until 1974, under the Local Government Act 1972. At that time the historic County Cumberland's former area was combined with Westmorland and parts of Lancashire and the West Riding of Yorkshire to form the new county of Cumbria. The timeline in the biography correctly states "Cumberland," but the BMD data shows "Cumbria," which wouldn't exist until almost 670 years later.
posted Nov 25, 2017 by Edison Williams
[Living Farrar]
It is doubtful that Richard III of York was a descendant of Longshanks.

His Y DNA hg is G2, it is thought that he or an ancestor was an NPE.

Very possible, since stability of the kingdom required a male heir, and royal impotence was often concealed..

And other reasons as well.

Categories: England, Notables | Feudal Barony of Pevensey | House of Plantagenet | House of Anjou | Battle of Lewes | Battle of Evesham | Second Barons' War | Ninth Crusade | First War of Scottish Independence | Royalty | Westminster, Middlesex (London) | This Day In History June 17 | This Day In History July 07 | Early Barony of Monmouth | Who Do You Think You Are (US) | Notables