Richard "Earl of Cornwall, Count of Poitou in France, King of the Romans" of England formerly Plantagenet
Born after 5 Jan 1209 in Winchester Castle, Hampshire, England

Death and burial of Richard, Earl of Cornwall

(Royal Tombs of Medieval England) The younger brother of Henry III, Richard of Cornwall died at Berkhamsted in April 1271 and was buried at Hailes Abbey which is northeast of Winchcombe in Gloucestershire. His heart was buried beside his third wife Beatrice before the high altar in the Franciscan church, Oxford, beneath a 'sumptuous pyramid of wonderful workmanship.'

Additional notes about Hailes Abbey. (Royal Tombs of Medieval England) Hailes was a Cistercian house which Richard founded in 1246 as a cell to his father King John's foundation at Beaulieu Abbey. Hailes had its own relic of the Holy Blood, presented in 1270 by Richard's son, Edmund, who was also buried there together with Richard's second wife, Sanchia of Provence (d.1261), and other sons, Henry of Almayne (d.1271) and Sir Richard de Cornwall (d.1296). Henry, murdered at Viterbo, had a separate heart burial in the Confessor's Chapel at Westminster. In the late 13th century Hailes was the most senior of a series of aristocratic mausolea. There are no records of the Hailes tombs, which were probably destroyed following the surrender of the abbey to the crown in 1539. Excavations at Hailes in 1900 did find some stone effigy fragments in the south presbytery aisle bearing the arms of Cornwall. 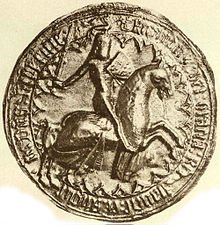 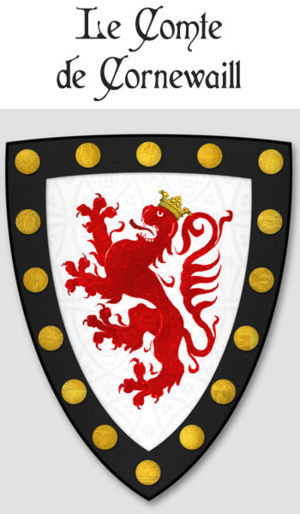 Jack Day
I've taken on reviewing, documenting and enhancing this profile under Euroaristo's Conquer the Conquerer subproject. If anyone has suggestions, recommendations or warnings for me as I look at this profile, please let me know!
posted Jul 06, 2017 by Jack Day

Richard is 22 degrees from Claire Nava, 29 degrees from Levi Strauss and 10 degrees from Henry VIII of England on our single family tree. Login to find your connection.