William Lee Plunket The Fifth Baron Plunket of Newton, County Cork, in the United Kingdom, was born in Upper Pembroke Street, Dublin, on 19 December 1864, son of the Fourth Baron, who was Archbishop of Dublin and Primate of Ireland. His mother was Annie Lee, daughter of Sir Benjamin Lee Guiness, and sister of Lord Ardilaun and Lord Iveagh. Lord Plunket was educated at Harrow (1879–81) and at Trinity College, Dublin, from which he graduated B.A. (1889), where he was captain of the rowing club. He joined the Diplomatic Service in 1889, serving (1889–92) as an honorary attaché to the Embassy at Rome, after which (1892–94) he transferred to a similar post at Constantinople. He was married at the British Consulate in Paris and at the Rue d'Aguessau Church, on 4 June 1894, to Lady Victoria Alexandrina Hamilton Temple-Blackwood, youngest daughter of Frederick Temple-Blackwood, First Marquis of Dufferin and Ava, and by her had three sons and five daughters.

Retiring from the Diplomatic Service in 1894, Lord Plunket became private secretary to Lord Cadogan, the Lord Lieutenant of Ireland, where, for special services, he was awarded in 1900 the C.V.O. From 1900-04 he acted as private secretary to Lord Dudley, the new Lord Lieutenant, and in this connection undertook the arrangement of two visits of King Edward VII who in 1904 raised him to K.C.V.O.

On 9 February 1904 he was appointed to succeed Earl Ranfurly as Governor of New Zealand, arriving in Wellington on 20 June 1904. His services here gained him increasing recognition at Home, and he received in succession K.C.M.G. (1905), G.C.V.O. (1909), and G.C.M.G. (1910). He completed his term as Governor on 8 June 1910. His last official connection with New Zealand came in 1911, when he carried the Dominion's standard at the Coronation of King George V.

Lord Plunket was a freemason in the Irish Constitution, and served a term as grand master in New Zealand. He was also a Knight of Grace in the Order of St. John, and while in New Zealand took a leading interest in the affairs of the order. His life after leaving New Zealand was fairly uneventful. He was Deputy Lieutenant, County Dublin, but his family estates in England and Ireland took up most of his time. On the institution of the Order of the British Empire, he was created K.B.E. (1918). He died at 40 Elvaston Place, Gloucester, on 24 January 1920.

Coming as he did from a family with strong Anglican traditions, Lord Plunket always took a close interest in Church affairs. A Conservative politically, Plunket's Vice-Royalty coincided with the crest of the Liberal movement in New Zealand. He preserved excellent relations with his Prime Ministers, Seddon, Hall-Jones, and Ward, in part because he did not essay more than his constitutional role as the King's personal representative, as had some of his predecessors. Lord Plunket possessed a strong conception of his office as Head of the New Zealand State, and in the course of his multifarious duties penetrated to almost every corner of the Dominion. He is perhaps best remembered for the interest he took in Sir F. Truby-King's early work, and gave his name to the Plunket Society. He also donated New Zealand's premier cricket trophy, the Plunket Shield, as well as the Plunket Medal competed for annually by the Victoria University of Wellington Debating Club.

posted 11 Nov 2014 by Phil Richardson   [thank Phil]
Login to add a memory.
Is William your ancestor? Please don't go away! 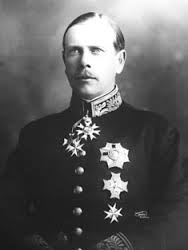 William is 24 degrees from Danielle Liard, 18 degrees from Jack London and 15 degrees from Henry VIII of England on our single family tree. Login to find your connection.