Sidney Poitier KBE is part of a Bahamian family.

Sidney Poitier was a Bahamian-American actor and film director. In 1964, he was the first African American to win the Academy Award for Best Actor.

Sidney Poitier, son of Reginald James Poitier and Evelyn Outten, was born in 1927 in Miami, Florida. His birth was unexpected, as he arrived a few months premature and had to be hospitalized. The doctors were not certain that he would survive, but five months later, his parents were able to take him back home to the Bahamas.

Sidney grew up in the Bahamas - first on Cat Island where the family lived initially, then in Nassau, where the family moved for the latter half of his childhood. By 15, he returned to Miami to live with his brother Cyril and his family. Cyril had to be strict with young Sidney, as he had been sent by his parents due to his ongoing discipline issues.

Growing up fast, he moved to New York City by the age of 16 and began working as a dishwasher. Around this time, World War II had begun and the draft was on. Faking his age, he signed up for the war and was enlisted into the Army. He soon realized he was in the wrong place, and was eventually granted a discharge.

When he returned, he joined the North American Negro Theater, but because of his tone deafness, could not sing like most of the performers. He had to work hard to learn the parts and overcome his disability, but he was determined to succeed. Through the end of the 1940s and into the mid-1950s, he worked his way from fledgling actor to being noticed by Broadway and then by Hollywood. He also married his first wife, Juanita Hardy, on April 29, 1950.

His roles in film expanded, although there was limited call for a black man in Hollywood, much less a lot of diversity in the types of roles he could play. In the beginning, like most early actors, he took what they gave him to play. However, as he settled in, he began to seek parts that were less two-dimensional and gave him an opportunity to be more than a simple "entertainer." In 1958, he became the first black man to receive a nomination for an Academy Award for the role of Best Actor for his part in The Defiant Ones. In 1963, he won the Academy Award for Best Actor, a first for a black man in Hollywood.

At the same time, he struggled in his personal life. While he and his wife did have four daughters together, his relationship with his wife was strained as he started and then continued an affair with actress Diahann Carroll. The affair had begun in 1959 and only ended after his wife divorced him in 1965. He and Diahann parted ways a few years later.

Sidney recognized the opportunity he was presented, but he also feared that he would be used as the "token black man" by Hollywood to prove they were accepting and open. He tried to choose his roles wisely and use his influence to help guide the way black people were viewed as well as to present the issues they struggled with. Sidney played Virgil Tibbs, a black police detective from Philadelphia, who becomes involved in a murder investigation in a small town in Mississippi. The highly acclaimed and Academy Award-winning movie In the Heat of the Night starred Sidney and Rod Steiger.[1]

By the 1970s, he turned his hand to directing, and turned out to be very good at the job. He directed a number of films between 1972 and 1990; however, none of them seemed to win any significant awards. His most famous was Stir Crazy, with Gene Wilder and Richard Pryor. In 1974, he was bestowed with a Knighthood by Queen Elizabeth II. In 1976, he married his second wife, Joanna Shimkus. Joanna was a model and actress, and over time became an interior designer as well. It seems that he took a bit of time off from Hollywood around this same time, having a gap of about ten years from 1978-79 until 1988 when he returned to the big screen. During this time, he and Joanna had two daughters together.

It was fitting that one of his last film performances was a sequel to perhaps one of his most memorable roles, that of a teacher who takes on social issues and sacrifices himself for the good of his students. To Sir, With Love II was released in 1996, and he appeared in one more film in 1997 before he semi-officially retired from Hollywood to take on a role as a Bahamian Ambassador to Japan. He held this role until 2007, at which point he retired altogether from politics.

On August 2009, President Obama awarded him the Presidential Medal of Freedom. In 2016, he was awarded a BAFTA Fellowship for his achievements in the film industry. Sidney held his 90th birthday party in Beverly Hills in 2017, and it was attended by his wife, his ex-wife, and 27 of his children, grandchildren, godchildren, and a few close friends.

Is Sidney your relative? Please don't go away!

ask our community of genealogists a question.
Sponsored Search by Ancestry.com
DNA
No known carriers of Sidney's DNA have taken a DNA test. 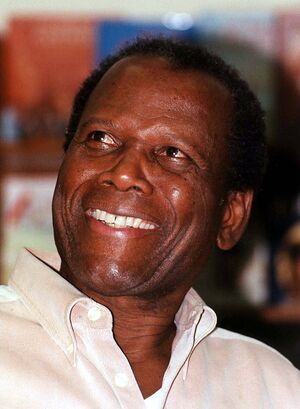 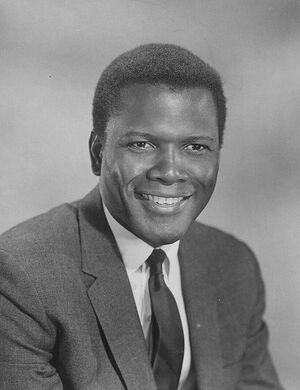 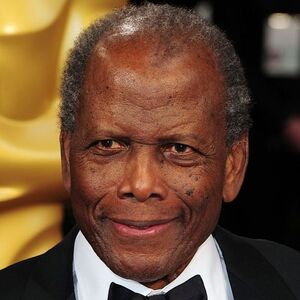