James Knox Polk (02 November 1795 – 15 June 1849) was the 11th President of the United States (1845–1849). Polk was born in Mecklenburg County, North Carolina. He later lived in and represented Tennessee. Polk, a Democrat, served as the 17th Speaker of the House of Representatives (1835–1839) and Governor of Tennessee (1839–1841). Polk was the surprise (dark horse) candidate for president in 1844, defeating Henry Clay of the rival Whig Party by promising to annex Texas. Polk was a leader of Jacksonian Democracy during the Second Party System.[1]

James Knox Polk was the eldest child of ten to be born to Samuel Polk and Jane (Knox) Polk on 02 November 1793. He was born on a 250-acre farm in Pineville, North Carolina moving to Tennessee at age 11. He had 4 sisters and 5 brothers. [2]

Upon graduation, he studied law in Nashville and then established a law practice in Columbia, Tennessee.

Polk courted Sarah Childress, and they married on 01 January 1824 in Murfreesboro. Polk was then 28, and Sarah was 20 years old. They had no children.

His major achievements were: the establishment of the northern border of the United States at the 49th Parallel; and the acquisition of California, Nevada, Utah, most of Arizona, and parts of New Mexico, Colorado and Wyoming which established the coast-to-coast expansion of the United States.

He retired at the end of his term in March 1849 and died of cholera just three months later on 15 June 1849. He died at his home, Polk Place, Nashville, Davidson County, Tennessee.

Initially entombed at his home, his remains were moved to the Tennessee state capitol in 1893.

Elected with a public mandate for the admission of Texas into the Federal Union, James K. Polk underscored this mandate in his inaugural speech and became the eleventh president of the United States on 04 March 1845. With Polk's encouragement and support, Congress approved a joint-resolution to offer Texas statehood on 28 February 1845. The following July, the Texas legislature accepted. On 29 December 1845, Polk signed the Texas Admissions Act, making Texas the twenty-eighth state to enter the Union. After a stormy term in office, including a successful war against Mexico to acquire Texas, Polk declined to run for re-election.[3]

Sponsored Search by Ancestry.com
DNA Connections
It may be possible to confirm family relationships with James by comparing test results with other carriers of his ancestors' Y-chromosome or mitochondrial DNA. Y-chromosome DNA test-takers in his direct paternal line on WikiTree: 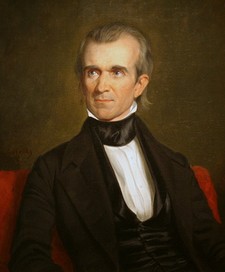 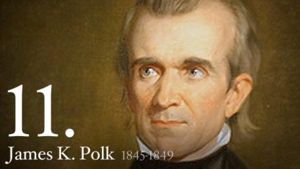 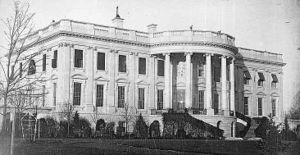 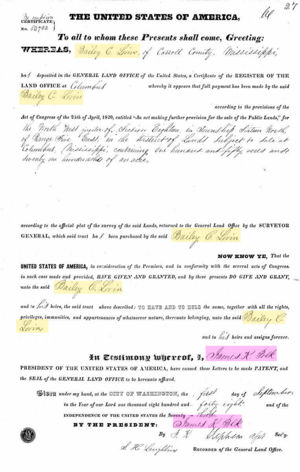 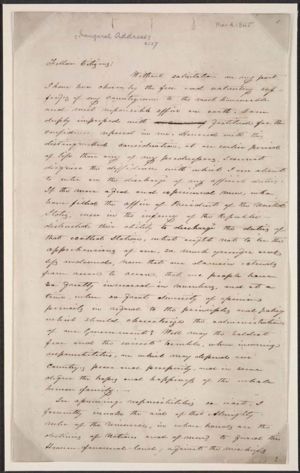 Carole Taylor
May we add that he too was a Freemason?

posted Dec 21, 2017 by Carole Taylor
[Living Moore]
In the Religion section, it should read "Scotch-Irish Family" vice "Scottish Irish". The Scots did not think of there roots in Irland.
posted Feb 04, 2017 by [Living Moore]

I've spent most of the day reading about President James K. Polk and modifying his profile. I hope you approve of the changes. The weight of evidence would suggest that there are 2 main areas of discrepancy on his profile. 1. He had no children yet 5 are attributed to him and Sarah Childress. 2. He had 5 brothers and 4 sisters. Again there are 4 too many siblings on his profile.

As the profile manager, would you like to address these issues with the appropriate people, please?