Jackson Pollock was an important mid-20th Century American artist, widely-considered the most-influential painter of the abstract expressionist movement. Despite his notoriously-reclusive and difficult personality, his enormous talent was recognized early in his career by modern art mavens like Peggy Guggenheim and he enjoyed considerable fame and fortune during his most-creative period, 1945-1950. In August 1949 a four-page spread in ‘’Life magazine’’ asked: "’’Is he the greatest living painter in the United States?’’" Many contemporaries believed that to be true. [1]

A recognized creative genius, Jackson Pollock also had a “dark side”. He was mercurial, volatile and struggled with alcoholism his entire life. Although he married fellow American artist, Lee Krasner (1908-1984) in 1945, he enjoyed numerous extra-marital affairs and died at the young age of 44 years old in a nighttime automobile accident, driving while under the influence, with his at-that-time mistress, Ruth Klingman, and another young female companion, Edith Metzger, who was also killed. His artist widow, who survived his passing for nearly 30 years, carefully managed his estate, ensuring that his reputation remained intact. She spearheaded a very-successful retrospective exhibition of his work at New York’s Museum of Modern Art shortly after his tragic death in 1956 and a larger-more comprehensive review in 1967. [2]

Paul Jackson Pollock was born on 28 January 1912 at his parents’ home in Cody, Park County, Wyoming, USA. He was the youngest of the 5 sons of LeRoy (McCoy) Pollock (1876-1933) and his wife, Stella May (McClure) Pollock (abt.1876-). Both of his parents were from rural Iowa, USA. His father’s last name at birth had been “McCoy” but when both his parents died within a year of each other, when he was still a child, LeRoy was adopted by neighbors, James Matthew and Elizabeth “Lizzie” Pollock and raised as their son. [3]

LeRoy Pollock was a Wyoming “rancher” on the 1910 US Census; ten years later he was called an “orchardist” in Chico, California. By the late 1920s he was a government land surveyor who moved frequently around the West. Jackson & his brothers grew up in Colorado, Wyoming, Arizona and California. His education was often interrupted and while a teen his disruptive personality led him to be expelled from 2 different high schools in California. With his brother, Charles Pollock, he moved to New York City in the 1930s where they both studied under Thomas Hart Benton at the Art Students League of New York. Benton’s realism and subject matter did not inspire Pollock but he later incorporated his rhythmic painting style and lauded his fierce artistic independence. [4] [5] [2]

Jackson Pollock was best-known for his “drip style” wherein he poured and dripped liquid resin-based paint onto large canvasses aligned flat on the floor, while he practically danced around them, quickly adding color and texture until he accomplished his internal creative vision. He apparently had been introduced to this concept during his 1930s contacts with the sand-painting techniques of the Native American artists of Arizona and the American South-West as well as a 1936 experimental workshop in New York by the Mexican muralist David Alfaro Siqueiros. Between 1938 and 1942 he also worked for the WPA’s Federal Art Project. During this formative period he attempted to overcome his alcoholism by intensive Jungian psychotherapy with Dr. Joseph Henderson who had him create drawings to illustrate his subconscious drives. He lived on East 9th Street, Manhattan, New York City, where on the 1940 US Census he said he was a "Painter, Artist". [6] In 1943 he signed a contract with Peggy Guggenheim to create a major mural for her New York townhouse. A friend suggested he use a large stretched canvas instead of painting directly on the wall, a major step in his stylistic development. It was during this time that he became involved with Lee Krasner, who it's said introduced him to Peggy Guggenheim.[2]

Immediately following World War II, in October 1945, Paul Jackson Pollock married Lenore “Lee” Krasner, herself already an artist in the abstract expressionist school. With a down-payment loan from their friend and patron, Peggy Guggenheim, the couple bought a house and barn in Springs, near East Hampton, Suffolk County, New York, which would be their home for the rest of their lives. Pollock and Krasner experienced their most-innovative and creative artistic periods there despite their frequent conflicts and stormy relationship. They did not have any children. As noted above, Pollock became very famous and notorious during the last 10 years of his life. Unfortunately, neither his years of analysis nor his fame and fortune were enough to curb his notorious self-destructive side. Like contemporary actor James Dean, Jackson Pollock was a “super-nova” that burst on the mid-Century art scene, exploded it with his talent and then created a spectacular “auto-da-fe” when, 11 August 1956, while driving back to his home in Springs, Long Island, New York, having imbibed significant quantities of alcohol, he killed himself and a young female passenger in a single-car crash of his Oldsmobile convertible at 10:15 PM. His widow, who had left for Europe for the summer, returned home and had him buried at Green River Cemetery, East Hampton, Suffolk, New York, USA. [7] [2]

Is Jackson your ancestor? Please don't go away!

ask our community of genealogists a question.
Sponsored Search by Ancestry.com
DNA
No known carriers of Jackson's ancestors' DNA have taken a DNA test. 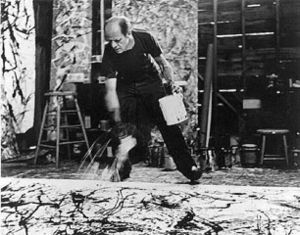 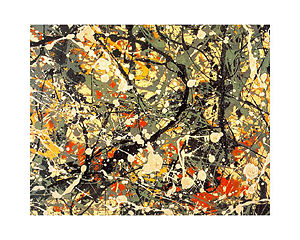 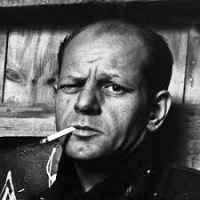 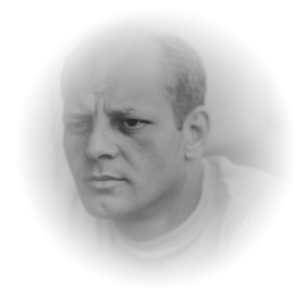