Lily Pons (born Alice Joséphine Pons, April 12, 1898 – February 13, 1976) was a French-American operatic soprano and actress who had an active career from the late 1920s through the early 1970s. As an opera singer she specialized in the coloratura soprano repertoire and was particularly associated with the title roles in Lakmé and Lucia di Lammermoor. In addition to appearing as a guest artist with many opera houses internationally, Pons enjoyed a long association with the Metropolitan Opera in New York City, where she performed nearly 300 times between 1931 and 1960.

She also had a successful and lucrative career as a concert singer which continued until her retirement from performance in 1973. From 1935–37 she made three musical films for RKO Pictures. She also made numerous appearances on radio and on television, performing on variety programs like The Ed Sullivan Show, The Colgate Comedy Hour, and The Dave Garroway Show among others. In 1955 she topped the bill for the first broadcast of what became an iconic television series, Sunday Night at the London Palladium. She made dozens of records; recording both classical and popular music. She was awarded the Croix de Lorraine and the Légion d'honneur by the Government of France.

Pons was also savvy at making herself into a marketable cultural icon. Her opinions on fashion and home decorating were frequently reported in women's magazines, and she appeared as the face for Lockheed airplanes, Knox gelatin and Libby's tomato juice advertisements. A town in Maryland named itself after her, and thereafter the singer contrived to have all her Christmas cards posted from Lilypons, Maryland. Opera News wrote, "Pons promoted herself with a kind of marketing savvy that no singer ever had shown before, and very few have since; only Luciano Pavarotti was quite so successful at exploiting the mass media."[1]

Is Lily your ancestor? Please don't go away!

ask our community of genealogists a question.
Sponsored Search by Ancestry.com
DNA
No known carriers of Lily's ancestors' DNA have taken a DNA test. 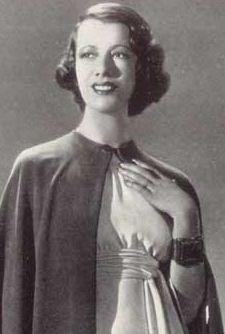