Amy Florence Porter was born on August 4 1885. in the schoolhouse at Mansell Lacy, Herefordshire, England,[1] where her father James Porter was headmaster and her mother Susie Cockram an 'article 68' teacher.

Amy loved the beautiful views of the Brecon Beacons and the Malvern Hills, she had lots of friends in Mansell Lacy.

In 1898 Amy's father was appointed headmaster at Pencombe school in Worcestershire so she moved there with her parents. At Pencombe Amy became a pupil teacher and she studied piano. In 1900 she obtained honours in local practical examinations for advanced pianoforte playing, awarded by the Incorporated Society of Musicians at Worcester.

The family moved again in 1901 just in time for the new school year at Bodham, Norfolk. Amy's only brother was born just before the move, he arrived the day before her sixteenth birthday and she took care of him frequently for her mother. After the move to Bodham Amy taught in the school there and also at Kelling school.

Every year the family went to Devonshire to visit her mother's family. They also visited relatives in London and friends in Taunton, Herefordshire, Worcestershire, Bristol and Sutton Coldfield. The long summer holidays from school enabled them to go as a family, although Amy sometimes went alone to visit friends.

The whole family enjoyed country rides on their bicycles and sometimes spent time on the beach at Cromer or Sheringham. Amy enjoyed dancing and tells of arriving home in the early hours on several occasions in her diary. Like her father, Amy often played the organ for church services.

They went to live in Norwich where William was working and had 6 children between 1913 and 1920, though one of the twins, born in 1917, died at 7 weeks. Amy did not work outside the home after her marriage but she gave piano lessons privately at home in the 1930s.

The family lived in a rented terraced house at 47 Lincoln Street Norwich. All the children were born there and Amy remained there after her husband died in 1943. She became ill in February 1956 and moved in with her youngest daughter finally giving up her own home in April 1956. It was thought that Amy had two strokes at the beginning of her illness, but later the doctor said it was probably the onset of Parkinson's disease, Eventually she developed a shake in her arm and hand and deterioration of her sight. She found walking very difficult and needed help, even to move around the house in the end. Amy died on April 28 1961[3] after a week in Whitlingham Hospital. She died from myocardial degeneration, arteriosclerosis and Parkinson's disease. She was cremated following a service at St. Faith's Crematoriam near Norwich.

Amy was my grandmother and lived with us in her last years, so much of this profile is first-hand information remembered by me Christine Hills, Confirmed by BMD registers and Amy's diarys.
See images for copies of birth, marriage and death certificates

Is Amy your relative? Please don't go away!

ask our community of genealogists a question.
Sponsored Search by Ancestry.com
DNA Connections
It may be possible to confirm family relationships with Amy by comparing test results with other carriers of her mitochondrial DNA. However, there are no known mtDNA test-takers in her direct maternal line. It is likely that these autosomal DNA test-takers will share DNA with Amy:

Images: 30
Amy Larner at a Wedding 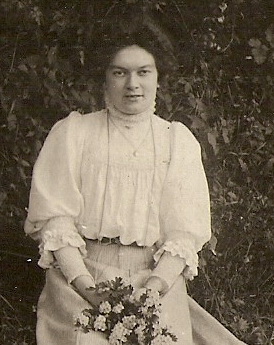 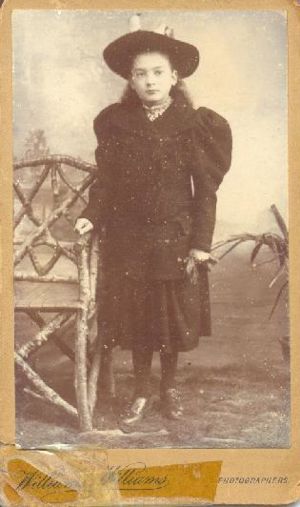 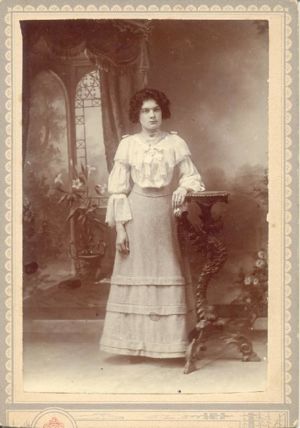 Amy Larner in the garden at Lincoln Street, Norwich 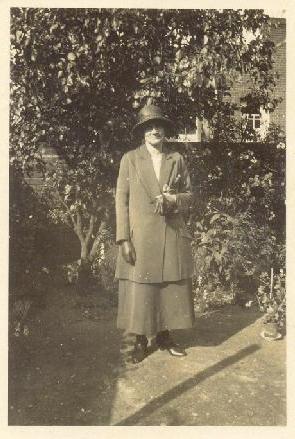 Amy Larner at her daughter Dorothy's home in Bristol 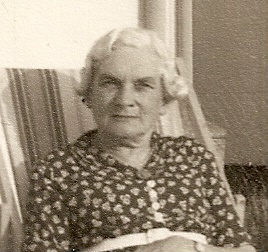 Amy is 32 degrees from Danielle Liard, 27 degrees from Jack London and 18 degrees from Henry VIII of England on our single family tree. Login to find your connection.