Cynthia Lillian Powell was born to Charles Edwin Powell and Lillian Roby on September 10, 1939 in Blackpool, a seaside resort to which her mother had been evacuated in the run-up to the outbreak of the Second World War. Her father worked for the engineering firm GEC, and Cynthia had a middle-class upbringing in the suburb of Hoylake, across the River Mersey from Liverpool, on the Wirral Peninsula in North West England.

Cynthia has two older brothers, Anthony "Tony" (married Marjorie) and Charles Jr. Their father, Charles, was a commercial salesman, and would accompany Cynthia by bus on their way to school and work. Her mother, Lilian, loved auction sales and would often rearrange and redecorate the family furniture.

At the age of 12, Cynthia was accepted into the Junior Art School.

Tragedy struck the family when Cynthia was 17 years old in June of 1957, when her father died of lung cancer. Cynthia was devastated but Lilian encouraged her to continue on with her studies in art, enrolling in the Liverpool College of Art in Liverpool, England.

John Lennon also attended the college; a meeting with Cynthia in a calligraphy class led to their relationship.

During The Beatles’ first stint in Hamburg, Cynthia saw John, and she also visited during their second residency there. She briefly rented a room from Lennon’s aunt, Mimi, who had brought him up.

After Cynthia Powell became pregnant with Julian, she and John were married on 23 August 1962.

The couple's divorce was legally granted on 8 November 1968 on the grounds of John's adultery with Yoko Ono.

Cynthia next married Italian hotelier Roberto Bassanini in 1970, divorcing him in 1973.

In 1976, she married John Twist, an engineer from Lancashire, Together they ran Oliver's Twist, a hotel-and-restaurant in Wales with Angie McCartney, the young step-mother of John's Lennon's former Beatle partner, Paul McCartney.

After John Lennon’s death in 1980, Cynthia and John Twist separated, and then divorced in 1983.

After her divorce from Twist, she changed her name back to "Lennon" by deed poll.

In the early 1980s she met Jim Christie, who became her next partner for 17 years, with whom she lived from 1981 until 1998. They moved in together on the Isle of Man.

Cynthia published her first book of memoirs, A Twist of Lennon, in 1978.

Cynthia's final husband was Noel Charles, a night club owner, from 2002 until his death in 2013.

In 2005, she published a more intimate biography, John. Over the years she staged several auctions of memorabilia associated with her life with John Lennon. Until her death in 2015, she lived in Majorca, Spain.

Cynthia discovered late that she had cancer, and she died with son Julian by her side.[1]

Is Cynthia your relative? Please don't go away!

ask our community of genealogists a question.
Sponsored Search by Ancestry.com
DNA
No known carriers of Cynthia's DNA have taken a DNA test. 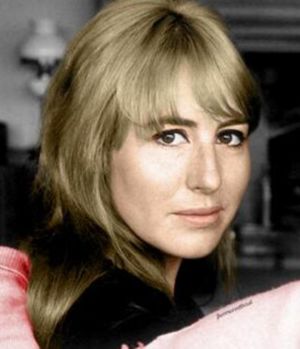 Steven Mix
Will you please change Cynthia to deceased, and Open the Privacy?

Cynthia died Wednesday April 1, 2015 at her home in Mallorca, Spain, after battling cancer.