Baden-Powell was born as Robert Stephenson Smyth Powell, familiarly called Stephe (pronounced "Stevie"), at 6 Stanhope Street (now 11 Stanhope Terrace), Paddington in London, on 22 February 1857. He was named after his godfather, Robert Stephenson, the railway and civil engineer; his third name was his mother's maiden name. His father, the Rev. Baden Powell, a Savilian Professor of Geometry at Oxford University, already had four teenage children from the second of his two previous marriages.
On 10 March 1846, at St Luke's Church, Chelsea, the Rev. Powell married Henrietta Grace Smyth (3 September 1824 – 13 October 1914), eldest daughter of Admiral William Henry Smyth and 28 years his junior. Quickly they had Warington (early 1847), George (late 1847), Augustus (1849) and Francis (1850). After three further children who died when very young, they had Stephe, Agnes (1858) and Baden (1860). The three youngest children and the often ill Augustus were close friends. Reverend Powell died when Stephe was three, and as tribute to his father and to set her own children apart from their half-siblings and cousins, the mother changed the family name to Baden-Powell. Subsequently, Stephe was raised by his mother, a strong woman who was determined that her children would succeed.

In 1899, during the Second Boer War in South Africa, Baden-Powell successfully defended the town in the Siege of Mafeking. He wrote Scouting for Boys, published in 1908. After his marriage on 30 October 1912 to Olave St Clair Soames, Baden-Powell and his wife actively gave guidance to the Scouting and Girl Guiding Movements. Baden-Powell lived his last years in Nyeri, Kenya, where he died and was buried in 1941.

Notes : from trees.ancestry.com - But no longer available. 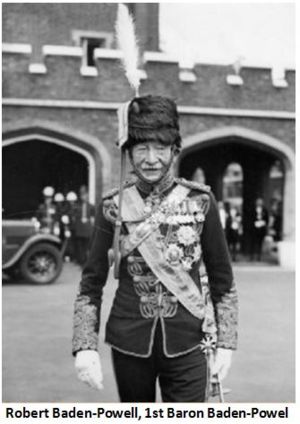 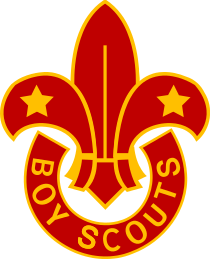 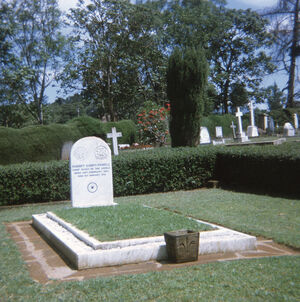 Bob Fields
Baden-Powell-14 and Baden-Powell-1 appear to represent the same person because: I created this new profile by mistake, because the name search for Robert Baden-Powell came up empty. Please merge, thanks.
posted Jan 24, 2016 by Bob Fields

Bob Fields
http://en.wikipedia.org/wiki/Robert_Baden-Powell,_1st_Baron_Baden-Powell Founder of the Boy Scouts. Could you add some biographical/genealogical information, sources, a picture, and add Notables template and appropriate categories please? Better yet, make the profile public (since he has no living children and is a famous person) so any member can enhance this profile. Thanks so much.
posted Mar 05, 2015 by Bob Fields

you can add this Category: Order of St Michael and St George