Margaret Georgiana, Countess Spencer was born on the 27 April, 1737, at St. James Palace, London, England. She was the daughter of Stephen Poyntz and Anna Maria Mordaunt. She was a noted philanthropist, and was involved with a large number of charitable organisations. On the 20 December,1755, she married John Spencer, 1st Earl Spencer, at Althorp, Brington, Northamptonshire, England. She passed away 18 March, 1814, St. Albans, Hertfordshire, England. 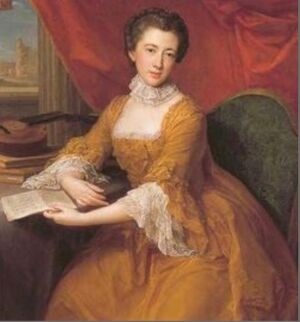