This biography was auto-generated by a GEDCOM import.[1] It's a rough draft and needs to be edited.

Is Terry your relative? Please don't go away!

ask our community of genealogists a question.
Sponsored Search by Ancestry.com
DNA
No known carriers of Terry's DNA have taken a DNA test. 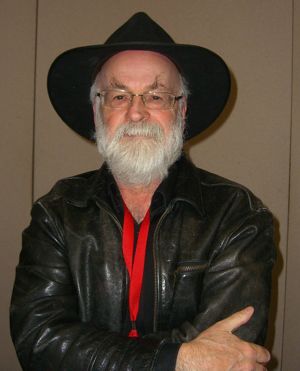 Leave a message for others who see this profile.
There are no comments yet.
Login to post a comment.
Susan Smith
I am so very pleased to find Terry in the Society 21st Century Authors Category -- I have all of his Disc World books and have read all of them at least 4x
posted Aug 07, 2019 by Susan Smith
[Living Archibald]
There is another family tree for Terry Pratchett online, which goes back a little further. I cannot speak to its veracity, but it may be helpful to this profile's manager. :)

Terry is 40 degrees from Donald Howard, 33 degrees from Julia Howe and 34 degrees from Henry VIII of England on our single family tree. Login to find your connection.