NOTICE: this profile is protected by the Acadian Project because of frequent duplication, variant name spellings and attempts to add unsourced parents. Please contact the Acadian Project before making any substantive changes. Thanks for helping make WikiTree the best site for accurate information.

Jean PRÉJEAN called Le Breton is the ancestral father of all Acadian & Cajun Préjeans in North America. He was born around 1651.[1] His nickname suggests that he was from Britany, France.

Jean likely arrived in Acadia after 1671 (He was not listed in the 1671 Census). Around 1683 he married Andrée Savoie, daughter of François Savoie and Catherine Lejeune. Jean was about 32 years of age and Andrée was about 16. Their marriage may have taken place in Port Royal (Annapolis Royal, Nova Scotia, Canada) as Andrée lived there as early as 1671.[1]

The family would likely have lived in a house built of wood, clay, and straw, with a large common space, partitioned sleeping areas, and a loft. The base of the hearth would have projected to the exterior of the house, providing some warmth for the animals.[2] By 1707, the family's homestead was located on the north side of the Dauphin River (Annapolis River) which was 26.6 km (16.5 miles) east of the fort (near today's Paradise NS, east of Fort Anne, Annapolis Royal NS) .[3]

In 1703, there is a record of Jean and Andrée selling land to their nephew Jacques Levron. [1]

“It is more than 60 years since Port Royal was founded and the work of clearing the land and the marshes began. The latter have, up to the present time, been very productive, yielding each year a quantity of grain, such as corn, wheat, rye, peas and oats, not only for the maintenance of families living there but for sale and transportation to other parts of the country.
Flax and hemp, also, grow extremely well, and some of the settlers of that region use only the linen, made by themselves, for domestic purposes. The wool of the sheep they raise is very good and the clothing worn by the majority of the men and women is made of it.
Port Royal is a little Normandy for apples... [Several] varieties of apple tree are found at Port Royal, and russet pears. There are other varieties of pears, and cherries… There is an abundance of vegetables for food... cabbage, beets, onions, carrots, chives, shallots, turnips, parsnip, and all sorts of salads; they grow perfectly and are not expensive. Fine green peas… Beef…The sheep are very large… suckling pig… Hens, cocks, capons, pullets, tame geese... Eggs, butter... These are the things which can be obtained from them for food. They are hunters... hare and partridge are very numerous ...there are also wild fowl."[14]

Although the family appeared to prosper, their lives were likely affected by the conflict between the French and the British. Around the time that their second child Anne was born in 1687, King William's War (1689-1697) with France began. The family would have felt its effects in May 1690 when Sir William Phipps[15] captured Port Royal, destroyed the church, plundered the settlement, and forced the inhabitants to swear an oath of allegiance to the English crown. Charles La Tourasse, a former sergeant of the French garrison, was appointed to serve as English commandant and leader of a council to keep the peace and to administer justice.[16] Phipps left Port-Royal within only 12 days of his arrival. Before the end of the summer, seamen from two ships looted Port-Royal and burned and looted between 28 and 35 homes and habitations including the parish church. There was another raid in 1693.[13]

Unlike some Acadians, who were convinced to move by the raid and the lure of available land in the newer villages, the Préjean family stayed in Port-Royal throughout the conflicts. An English garrison was never established, possibly because the inhabitants refused to guarantee that the Indians would not attack if one was formed.[16] Dunn describes the feelings of the residents during this unsettling time:

"Throughout this period of nominal English rule, French and English vessels anchored at Port-Royal at will, contributing to a sense of unease among the residents. New England vessels came to trade, to check on the inhabitants, and to take French prizes. When the English were not around, French privateers operated out of the port, attracting local young men as crew with the promise of plunder, and outfitting the ships from local suppliers... Port-Royal residents did not always appreciate the presence of the French privateers."[13].

By 1697 the Treaty of Ryswick restored Acadia to France, and Port-Royal became its capital[13] Peace would be short lived; around the time of the birth of daughter Marie-Josèphe, Queen Anne's war started in 1702. Port Royal would be blockaded in 1704, attacked in 1707, and surrendered to the British in 1710 following a siege.

By the time their youngest son Honoré was 2 (1713), Acadia would become British permanently. With the succession of a new English King in 1714, the inhabitants were required to swear an oath of allegiance.[17] Delegates from Port-Royal signed a conditional oath of allegiance, promising to stay true to the King of Great Britain for as long as they stayed in Nova Scotia, and to remain neutral in the event of a conflict between France and Great Britain.

For the next two decades, Jean would live during a time of relative growth and prosperity. He died in his 80s during the night of the 4-5th June 1733 in Annapolis Royal and was buried there 6 June 1733.[18] Present at his burial were: Charles Préjean, his son; René Martin; François Robichaud; Claude Granger; and others.

b1605 First Nations Peoples occupy the region around the Te'wapskik (Mi'kmaq name for Dauphin/Annapolis River) for thousands of years using it as an overland route [13]
1605 French found first permanent European settlement in North America, north of St. Augustin Florida, and build the Port-Royal Habitation in Acadia [13]
1613 Virginia English Admiral burns the Port-Royal Habitation, starting a 150 year battle between the French and English in the area. The French continue to maintain a presence [13]
1629 Scots establish a settlement further upriver near present day Fort Anne [13]
1632 Treaty Saint-Germain-en-Laye cedes Acadia to France; Razilly brings ~300 elite men [19]
1636 Arrival of he first French families to settle permanently in Acadia [20][13]

1690 Phipps captures and sacks Port-Royal, coerces inhabitants' oaths of allegiance to English Crown, sets up local Peacekeeping Council and leaves within 12 days. [15][23][16] Seamen from two ships later loot and burn between 28 and 35 homes/habitations including the parish church.[13]

1697 Treaty of Ryswick restores Acadia to France; Port-Royal is its capital [13]

1704 Blockade of Port Royal; no destruction of houses but some inhabitants taken prisoner [13]

c1708 Birth of son Pierre the younger in Port Royal

1714-15 New English King requires oaths of allegiance [17] Delegates from Port-Royal sign a conditional oath of allegiance, promising to stay true to the King of Great Britain for as long as they stayed in Nova Scotia, and to remain neutral in the event of a conflict between France and Great Britain

1720 and onward Acadians refuse to sign an unconditional oath of allegiance. This is tolerated by the British as they lack military means to enforce the oath. [24]

Subsequent generations of Pioneer Jean & Andrée resided in Port Royal (Annapolis Royal): Joseph C. & his family, and Joseph II (m. Marguerite Durel) & his family). The Prejeans relocated to what they thought was French territory when the British invaded Port Royal. Afterwards they became prisoners. After the Treaty of Paris in 1765, eight Prejean families secretly chartered British vessels and fled to Santo Domingo, leaving in late November or early December 1765. Some Prejeans who came to Louisiana arrived in the autumn of 1765 and were given land grants at St. James on the west side of the Mississippi.

Sponsored Search by Ancestry.com
DNA Connections
It may be possible to confirm family relationships with Jean by comparing test results with other carriers of his Y-chromosome or his mother's mitochondrial DNA. However, there are no known yDNA or mtDNA test-takers in his direct paternal or maternal line. It is likely that these autosomal DNA test-takers will share some percentage of DNA with Jean:

Images: 3
Reproduction of an Acadian Home at Port-Royal Museum 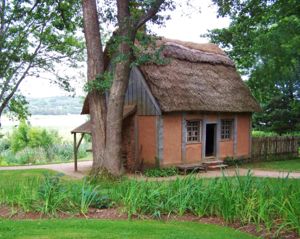 Reproduction of a Mid-1600s Hearth of An Acadian Home 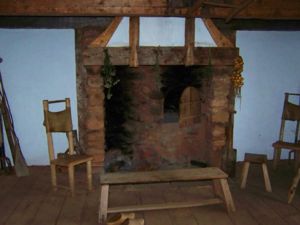 After 1671, Jean Prejean arrives in Acadia

Donna (Friebel) Storz
He is most likely on the 1714 census as "Le BRETON and his wife, 8 sons, 2 daughters." Stephen A. White does call him Jean Prejean dit Le Breton. It does fit the characteristics of his family (many sons, few daughters)
posted Apr 11, 2016 by Donna (Friebel) Storz