Charley Frank Pride (March 18, 1934 – December 12, 2020) was an American singer, musician, guitarist, business owner, and professional baseball player. He passed away due to complications from COVID-19.

His greatest musical success came in the early to mid-1970s, when he became the best-selling performer for RCA Records since Elvis Presley. During the peak years of his recording career (1966–87), he garnered 52 top-10 hits on the Billboard Hot Country Songs chart, 30 of which made it to number one. He also won the Entertainer of the Year award at the Country Music Association Awards in 1971.

Pride was one of only three African-Americans to become a member of the Grand Ole Opry (the others are DeFord Bailey and Darius Rucker). He was inducted into the Country Music Hall of Fame in 2000.

In 1962 Country stars Red Sovine and Red Foley discovered Pride in Helena, Montana and eventually helped him come to Nashville, where he hooked up with producer Jack Clement. In 1965 Clements’s initial demo recordings of Pride caught Chet Atkins’s ear at RCA Records. Atkins flew to Los Angeles to play the sides to top label executives and had their agreement to sign the remarkable voice before he revealed Pride’s color; his first RCA recording session took place in August 1965 and his first single, “Snakes Crawl At Night,” was released in January 1966. Pride’s race was likewise shielded from Country radio through three single releases until the third, “Just Between You and Me,” climbed into the Country Top 10. His gold-selling first album, Country Charley Pride, was the first indication many fans had that he was black.

Pride handled the curiosity of fans in dancehalls by allowing 20 minutes of stage-side gawking before clearing the floor to allow people to dance. As with Jackie Robinson, who broke the color line in big-league baseball, he suffered whatever discrimination he was exposed to in silence, determined that talent was what counted. His work spoke volumes: between his chart debut in 1966 and 1989, he had 29 No. 1 Country hits, including such enduring classics as “Is Anybody Goin’ to San Antone” (1970), “Kiss an Angel Good Mornin’” (1971) and “All I Have to Offer You (Is Me)” (1969).

The highlight of Charley Pride's baseball career was probably the four innings of an all-star game he pitched, during which he got a chance to stare down the likes of Hank Aaron and Willie Mays. Ultimately, professional ball didn't work out for him, but those long bus rides gave him a chance to entertain teammates and hone his guitar skills.

Pride was a pitcher for the Memphis Red Sox and Birmingham Black Barons of the Negro League. He played from 1953 to 1958 and bounced around a few times -- legend has it he and another teammate were once traded for a used bus. Pride says he had a "pretty good little curve," but it was never good enough to earn a contract in the Major Leagues.

“The Texas Rangers join the Country Music world in mourning the loss of Charley Pride. While Mr. Pride was a legendary performer who entertained millions of fans in the United States and around the world, we will remember him as a true friend to this franchise.

“Mr. Pride’s first love was baseball. He pitched professionally in the Negro and Minor Leagues throughout the 1950’s before embarking on his Hall of Fame singing career of more than 60 years. Mr. Pride then became a regular participant at Texas Rangers spring training camps in Pompano Beach and Port Charlotte, Florida and Surprise, Arizona, working out with the team and staging an annual clubhouse concert for players and staff, a tradition that continued through this past spring.

“The Rangers have been honored to have Mr. Pride be a part of the team’s ownership group for the last ten years. A longtime resident of this area, he was a regular at home games when his schedule permitted. He sang The Star Spangled Banner one final time before the first regular season game ever played at Globe Life Field on July 24.

“Mr. Pride was a true gentleman, and we will never forget the lasting contributions he has made to the Texas Rangers organization. We express our deepest sympathies to Mr. Pride’s family and friends on this sad day"[1]

Pride was reportedly nervous to approach Parton about a duet. According to Rolling Stone, it was his wife Rozene who reached out to Parton about a possible collaboration. The Queen of Country immediately said yes, but with one condition: that they sing “God’s Coloring Book.”

“I’m so heartbroken that one of my dearest and oldest friends, Charley Pride, has passed away. It’s even worse to know that he passed away from COVID-19. What a horrible, horrible virus. Charley, we will always love you,” she wrote. “Rest In Peace. My love and thoughts go out to his family and all of his fans.”[2]

Statement on behalf of CMA and representatives of Charley Pride: Everyone affiliated with the CMA Awards followed strict testing protocols outlined by the city health department and unions. Charley was tested prior to traveling to Nashville. He was tested upon landing in Nashville, and again on show day, with all tests coming back negative. After returning to Texas following the CMA Awards, Charley again tested negative multiple times. All of us in the Country Music community are heartbroken by Charley’s passing. Out of respect for his family during their grieving period, we will not be commenting on this further.

In 1956, he married Rozene Cohran. In addition to his wife, he has three children, reggae musician Carlton Pride; Dion Pride, a country singer; and Angela Pride; four siblings; five grandchildren; and two great-grandchildren.

Is Charley your relative? Please don't go away!

ask our community of genealogists a question.
Sponsored Search by Ancestry.com
DNA
No known carriers of Charley's DNA have taken a DNA test. 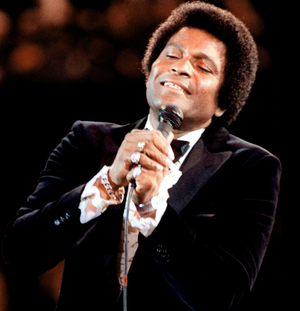 Scott Olson
My dad, Nick Olson, and Doyle Radke, hosted Charlie for many years when Charlie performed at the Norsk Hostfest, in Minot, ND. They would take Charlie golfing at the Minot Country Club. After my dad passed away, I called and informed Charlie and he sent flowers to the funeral. A very nice man and a classy guy.
posted Jan 20, 2021 by Scott Olson
Robert Funderburk II
Charley Pride was one of my favorite Country Musicians as well. His hit "Kiss an Angel good Mornin'" will always be one of my favorites. Being a country/bluegrass musician myself, it will always be in my set when I perform. A lot of artists have recorded it since, but not at the same quality and tonality that Charley did. He always sung from the heart, and that's what I want to do when I do my shows.

Nan Hewitt
Thank you for creating this profile. Charley Pride is a great favourite in Australia - especially with Indigenous Australians.
posted Dec 21, 2020 by Nan Hewitt

Connie Graham
Yes, you are welcome! He was much loved here as well. I was surprised that he did not have a profile already.
posted Dec 23, 2020 by Connie Graham

Vicky Valentine
I am 30 degrees from Charley Pride and I am wondering who on my list of people was the interracial marriage?
posted Jan 22, 2021 by Vicky Valentine