and Wilhelmina A. (Kirkland) Prowse

Albert Samuel (Sam) Prowse was born on March 5, 1891 in Murray Harbour, Prince Edward Island,[1] and was baptised on August 5, 1891, in the United Church. He was the 5th of Albert Prowse and Wilhelmina Kirkland's 10 children. He grew up in Murray Harbour and worked in the family business, Prowse & Sons.

Sam attended Mount Allison University, where he met Bessie Hicks.[2] They were married on Dec 1, 1915,[3] at the home of Bessie's parents in Sackville, New Brunswick.[4] The couple lived Murray Harbour, where their four daughters were born.

After the Depression wiped out the family business, Sam and his family left PEI for New Brunswick in May 1932.[5] Until about 1939, they lived in Albert County, New Brunswick. The family lived above a store that Sam was managing. In 1939, Sam was in the Air Force, stationed in Debert, Nova Scotia. He did not go overseas.

ask our community of genealogists a question.
Sponsored Search by Ancestry.com
DNA Connections
It may be possible to confirm family relationships with Sam by comparing test results with other carriers of his Y-chromosome or his mother's mitochondrial DNA. However, there are no known yDNA or mtDNA test-takers in his direct paternal or maternal line. It is likely that these autosomal DNA test-takers will share some percentage of DNA with Sam: 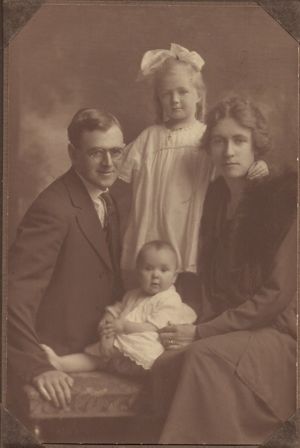 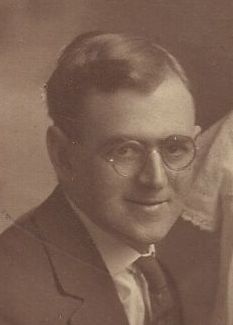 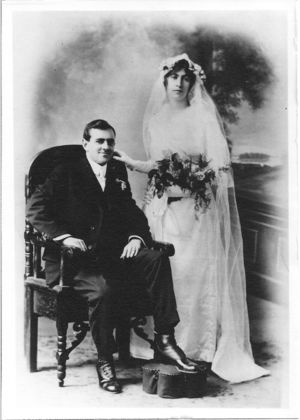