Saher held lands in Cambridgeshire, Huntingdonshire, Northamptonshire, Suffolk, and East Lothian in Scotland, and, through his wife, in Leicestershire and Oxfordshire.[2]

By the end of the 1180s, Saher began to be listed as a witness to Scottish deeds.[1]

In 1200 Saher was present when William the Lion of Scotland paid homage for his lands in England to King John at Lincoln.[1][2][4]

In 1203 he granted some of his Scottish lands to Abbeys in Scotland.[2] That year he and Robert FitzWalter held the castle of Vaudreuil, Normandy, for King John, but surrendered without resistance to Philippe Auguste of France[1][2][4]: he and Robert were held at Compiègne until a ransom of £5000 was paid.[2] He was released before May 1204[4], when he is recorded in England.[2]

In 1215 Saher joined in the baronial opposition to King john, and he was a Surety Baron for the Magna Carta.[1][2][3][4] His continuing opposition to John led to his excommunication in December 1215.[2][3][4] He and Robert FitzWalter went to France to offer the English crown to Louis, the French king's son, and came back to England in January 1216 accompanied by a substantial French force.[1][2][3][4] His English lands were confiscated and entrusted to William Marshal.[2][3][4]

Saher continued siding with Louis of France on the accession of Henry III. On 20 May 1217 he was captured in the Second Battle of Lincoln. In September that year he returned to allegiance to the English crown, and his lands were restored soon after.[2][3][4]

"Saer de Quincy’s career is illustrative of the complex of ties that held the English and Scottish nobilities together as part of an international chivalric elite whose interests spanned personal and regnal allegiances. The son of Robert de Quincy (d. 1197) and his wife Orabile, daughter of Ness, lord of Leuchars in Fife, he acquired English interests by virtue of his marriage to Margaret (d. 1235), daughter of Robert, earl of Leicester (d. 1190). Another member of his family, an uncle likewise called Saer, had served Henry II in Normandy in the 1180s and his son in turn, also confusingly called Saer, acquired lands in England which eventually were to descend to his namesake.

"Saer’s early career was spent mainly in Scotland. In the 1180s and 1190s he witnessed several charters of the Scottish kings and confirmed his parents’ grants to Newbattle Abbey, near Edinburgh, and made new gifts to the abbeys of Dunfermline and Cambuskenneth. Following his father’s inheritance of the other Saer’s lands he moved to England and entered the service of Richard the Lionheart, fighting alongside the king in 1198. In 1202 and 1203 he served with John in Normandy, being appointed with Robert FitzWalter joint castellan of the strategic Norman stronghold of Vaudreuil. In the spring of 1203 the pair, offering no resistance, surrendered the castle to King Philip of France, who was then over-running Normandy, and John in disgust refused to contribute to their ransom. There is evidence that Saer and Robert may have contracted a relationship of brotherhood-in-arms: Saer’s arms before he became earl bore a small shield bearing Robert’s arms of a fess between two chevrons, while Robert’s surviving seal carries the arms adopted by Saer after he became an earl.

"In 1204 the death without issue of his brother-in-law, the earl of Leicester, brought a dramatic improvement in his fortunes, as the earl’s heirs were his two sisters, one of whom was Saer’s wife. By 1207 a partition of the family’s estates had been made, and Saer, by right of his wife, found himself taking over valuable and extensive lands in the English Midlands, the other part of the inheritance going to the second sister, the wife of Simon de Montfort the elder. In recognition of his enhanced status, Saer was awarded the title of earl of Winchester. From this time on, he was often employed in John’s service, leading an embassy to Scotland in 1212 and acting as justiciar between 1211 and 1214.

"Despite his apparent closeness to John, however, he had unresolved grievances relating to properties of which he felt he had been deprived, notably Mountsorrel castle in Leicestershire, a part of his wife’s inheritance that King John had denied him. In 1215 he went over to the opposition, joining their ranks at his principal residence of Brackley (Northants.). He marched with the rebels to London and was present at Runnymede. When war erupted again in October between the king and his opponents, he and another of the Twenty Five, the earl of Hereford, headed an embassy to France to seek French assistance and to offer the crown to Philip’s son, Louis. In January 1216 he returned to England with a force of French knights, followed in May by the dauphin and his army.

"Although John’s death later in the year presented an opportunity for reconciliation between rebels and royalists, Quincy remained steadfast in his allegiance to the former and their champion Louis. In the spring of 1217 he learned that his rival, Ranulph, earl of Chester, was besieging Mountsorrel, and on 30 April he and FitzWalter led an army to its relief, only to find on arrival that the siege had been lifted. They then turned east to attack the royalist-held castle of Lincoln, unaware that a royal army was coming to its relief, and under the walls of Lincoln, on 20 May, they were defeated. Saer himself was taken prisoner. In September he was released as part of the general settlement and he went on to play a respectable part in the Minority government of Henry III. In November he was a witness to the reissue of Magna Carta and issue of the Charter of the Forest.

"In the spring of 1219 he embarked on crusade to assist in the siege of the Egyptian port of Damietta in the company of his son Roger, Robert FitzWalter and William, earl of Arundel. Soon after his arrival in Egypt, however, he fell ill, and he died on 3 November. In accordance with his instructions, he was buried at Acre and the ashes of his organs returned to England for interment at Garendon Abbey (Leics.), of which he was patron.

"Saer’s career affords a good illustration of the role that a dispute over property could play in determining political allegiance. The same point emerges with equally clarity from other periods of instability in the Middle Ages, notably the civil war of King Stephen’s reign in the 1140s. Saer was one of the most experienced administrators in the ranks of the opposition, having served as a baron of the exchequer and a justice of the bench, and was heavily involved in the negotiations with the king that led to the making of Magna Carta."

Margar Harnell was previously given as a wife of Saher de Quincy. He had only one wife, Margaret de Beaumont, and Margar Harnell may never have existed.

Cawley mentions three sources which suggest a death date of 1220 rather than 1219 - the Annals of Dunstable, Matthew Paris and the Chronicle of Ralph of Coggeshall.[3] The 3 November 1219 death date is supported by the necrology of Garendon Abbey in Leicestershire.[3]

Saher de Quincy is a Magna Carta surety baron and has the Magna Carta Project as a manager.

See Quincy-226 Descendants for profiles of his descendants that have been improved and categorized by the Magna Carta project and are in a project-approved trail to a Gateway Ancestor. See this index for links to other surety barons and category pages for their descendants. See the project's Base Camp for more information about Magna Carta trails.

This profile was revised for the Magna Carta Project by Michael Cayley in December 2019.

Sponsored Search by Ancestry.com
DNA
No known carriers of Saier's DNA have taken a DNA test. 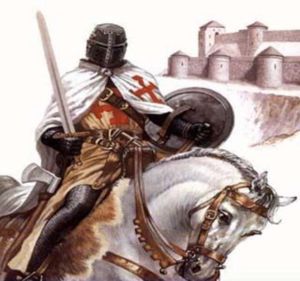 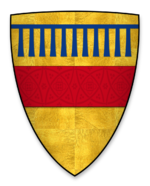 Charter of King John to the men of Andover 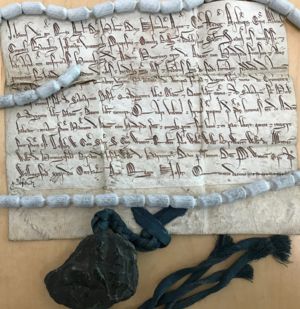 Stephan Hurford
can we accept that the improbable birth dates for Loreta and Hawise are either wrong or that they were not his daughters?
posted May 10, 2021 by Stephan Hurford

Michael Cayley
They are well-sourced as daughters. There are no firm birth dates for either of them. Hawise was probably born between 1200 and 1212, which is what is said on her bio. I have adjusted the birth date field to about 1205. I have also adjusted Loretta's birth date to about 1190 as it is believed her parents married by then.
posted May 10, 2021 by Michael Cayley

Liz (Noland) Shifflett
This profile's background image is a coat of arms. The Magna Carta Project is proposing guidelines for background images which would prohibit using coat of arms. If you would like to comment on the proposal, please see https://www.wikitree.com/g2g/986793/magna-carta-project-policy-on-background-images

John Sigh Jr.
You say he had only one wife, Margaret but then say Margaret may never have existed. Did you mean Margar Harnell?
posted Dec 11, 2019 by John Sigh Jr.

Michael Cayley
I have now finished the main work I intend on this profile. If anyone spots any typos etc, please correct them. Thanks!
posted Dec 10, 2019 by Michael Cayley

Michael Cayley
I plan to revise this profile, and make it more compact, as part of what I am doing for the Magna Carta Project on Surety Barons. In the process I will replace the text copied and pasted from Burkes Peerage and Medlands.
posted Dec 05, 2019 by Michael Cayley

Michael Cayley
I agree with Andrew Lancaster and Chase Ashley on this. I think it is inappropriate to use "Sir" for someone of this period. Knighthood as we would understand it had not come into being at this time.
posted Aug 08, 2019 by Michael Cayley

Andrew Lancaster
I agree with Chase Ashley about the use of "sir" in this period. Concerning Richardson, I think his relatively unusual ideas about how to modernize and standardize names is one of the areas where he is least followed, or seen as an authority. Complete Peerage is still the more respected authority for names. It call him Saher de Quency IV. (2nd ed, Vol12ii p.748)
posted Aug 08, 2019 by Andrew Lancaster

April (Dellinger) Dauenhauer
Liz - you can take removing scroll boxes here off your list - I removed all three that were on this profile.

Now the profile is on my list to combine repetitive text into a smooth narrative:)

Liz (Noland) Shifflett
Hi! I've put this on my to-do list for 2018, but if someone else wanted to tackle it...

This profile needs to be redone because scroll boxes use coding that is no longer allowed in WikiTree - see this page for policy, posted in response to my G2G question.