In 1737, when a dispute arose over the border between Massachusetts and New Hampshire, he left New England for London as a representative for his state. While in London, he caught smallpox, and perished in 1738.

Through his father's first wife Joanna Hoar and her son Daniel Quincy, the Hon. Edmund was a great-great-great-uncle to America's second president, John Adams.

" Joseph and Tabitha, called “Husband & Wife,” are discussed in Edmund Quincy’s will."[2]

ask our community of genealogists a question.
Sponsored Search by Ancestry.com
DNA Connections
It may be possible to confirm family relationships with Edmund by comparing test results with other carriers of his Y-chromosome or his mother's mitochondrial DNA. However, there are no known yDNA or mtDNA test-takers in his direct paternal or maternal line. It is likely that these autosomal DNA test-takers will share some percentage of DNA with Edmund: 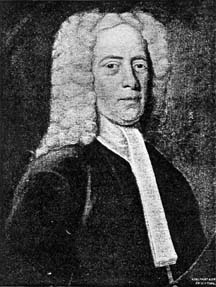