Dorothy Quincy was born 10 May 1747 to Edmund Quincy IV and his wife Elizabeth Wendell.

Dorothy was first married to the Honorable John Hancock on 28 August 1775 in Fairfield, Connecticut.[1] After his death she married James Scott in 1796.

With Hancock she had two children, and neither lived to see their teens. After Hancock's death, she was married to Captain James Scott and lived with him in New Hampshire until his death in 1809. She then moved back to her hometown of Boston, Massachusetts, where she lived until her death. 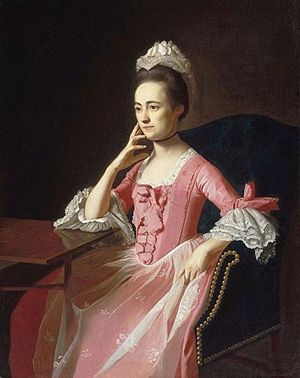