William Green Quinn, the eldest son of Oliver Stacy Quinn and grandson of John “Jackie” Quinn was born in Bibb County, Alabama September 22, 1832. He married Susan Caroline Dotson, born in Oktibbeha County Mississippi June 5, 1850. Together William and Susan were parents of ninechildren. William and his wife lived in Mississippi where he was engaged in farming. He served in the Confederate Army and carried the flag for an outfit from his County which called themselves “The Oktibbeha Plow Boys”. After the war, William and his wife became interested in the Morman church. With others in the church the family made a move to Conejo County, Colorado but the move did not prove successful and they returned to Choctaw County, Mississippi. In 1901 William Quinn together with part of his family left Mississippi and moved to Basalt, Idaho where he died in 1905. He is buried beside his wife in the Firth Cemetary, Bingham County, Idaho.

1.William Green Quinn and his family as he appeared in his son James Alfred’s biographical Sketch: “I was born at Manassah Colo. Conejas County 19 Sept 1881, my parents having come there in the spring of 1880 from the state of Mississippi with a number of other converts to the L.D.S. faith. My parents not being accustomed to the climate and country, was not very well satisfied, so in the fall of 1883 we left there, seeking a milder climate. The means of travel was two teams and two covered wagons. We went down to (then) the Indian Territory (now Oklahoma) spent the winter of 1883 there and made a crop there the following summer. We sold the crop in the field that fall and started on the road again, not knowing just where we were bound. But after traveling for about 7 weeks arrived in Choctaw Co. Miss. and bought back the same place they had sold when they left there for Colo.”....”In the spring of 1901 my two older brothers Bob and John and their families left Miss. and came to Idaho, located at Basalt Bingham Co. Idaho. The following spring 1902 the rest of us, my father, Mother, 2 younger brothers Duff and Grady my sister Mollie and her husband T.A. Griffin and their 2 children Wallace and Bertis came to Idaho also.” 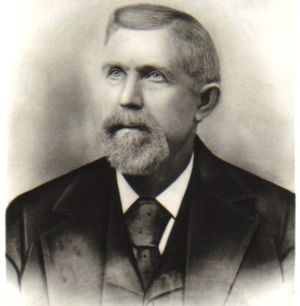 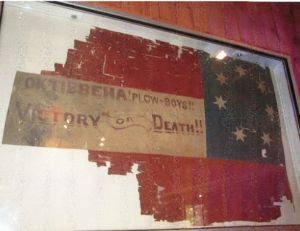