Petrus and his brother Paulus, identical twins, were born on April 2, 1928, sons of Hendrik Dirk Römer and Maria Catharina Sino. [1]

He dropped out of school when he was fourteen. He worked as a coal merchant and a while later attended drama school, which he said goodbye after three months. But from that moment on he did want to work as an actor and he succeeded. In 1952 he got his first acting role. From 1956 onwards, Römer played in various television series, about twenty films and in more than sixty theater productions.

From 1995 to 2006 he played detective Jurriaan De Cock in the television series Baantjer. In 2007 Römer received the honorary citizenship of Amsterdam and the accompanying badge of merit. He also received the Bronze Medal, because in his role as the Amsterdam detective De Cock he has done so much good to the image of the Amsterdam police.

Is Piet your relative? Please don't go away!

ask our community of genealogists a question.
Sponsored Search by Ancestry.com
DNA
No known carriers of Piet's ancestors' DNA have taken a DNA test. 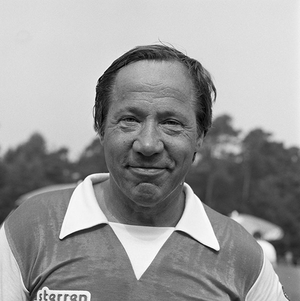