In 1939, George Rackensperger opened his own bottling plant in Catonsville, Maryland. He rented an abandoned jailhouse and used the garage that formerly housed the police wagon for setting up his bottling equipment.[8][9]

Various cells were used to store sugar and other supplies. Here Frostie Root Beer was created. This soda rapidly forced George Rackensperger to eliminate many of the other flavors he was bottling. He needed the full capacity of his equipment to handle the demand.

Frostie Old Fashion Root Beer was greatly expanding and sales were rapidly increasing. There was a growing need for larger quarters and larger machinery to handle to demand. In 1941, George left the old jailhouse and a new modern facility was built.[8]

Distributors were added in nearby counties and eventually in 1947, one of the distributors had the desire to buy its own machinery to bottle the root beer resulting in the birth of the Frostie Company.[8] George became president of the company.

He was a Rotarian and active in civic work. He was a member of St. Margaret's Catholic Church. He was a chairman of the Winter Park Sidewalk Arts Festival.[9] 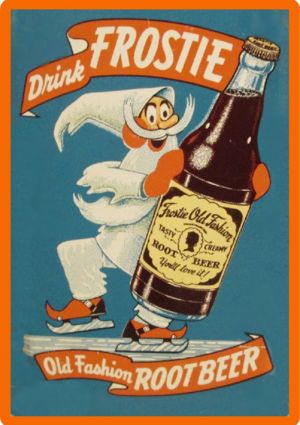 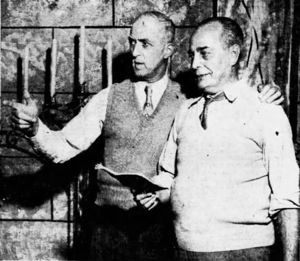