Born about 1554 at Hayes Barton in Devon, Walter Raleigh was son of Walter Raleigh of Fardel and his third wife, Katherine Champernon [2] formerly wife of Otho Gilbert. [3] He had half brothers, John, Humphrey and Adrian Gilbert and a full brother, Carew Ralegh. He has been said to have been born on 22 Jan 1552 although the Oxford Dictionary of National Biography currently favours a date of 1554. [1]

It was presumed that he was educated locally at first and this was the inspiration for a painting of his boyhood by Sir John Everett Millais (1829-1896).

Raised a Protestant, and clearly seeking adventure, Walter travelled to France in 1562 to fight alongside the Hugenots in the religious and civil wars plaguing that country. According to his own account he witnessed the Battle of Moncontour in Oct 1569. [4]It appears that he returned to England after the peace of Saint-Germain-en-Laye was concluded in 1570. [1]

Around 1572 he returned to England and was sent up to Oriel College, Oxford University but he left a year later without taking his degree. He finished his education at the Inns of Court, becoming a member, like many others from the west country, of the Honourable Society of the Middle Temple. [3] [5]

In 1578 his brother, Humphrey Gilbert, secured a patent to discover new lands "not possessed by any Christian prince" and Walter sailed with him in command of the 100 ton "Falcon" on what turned out to be an unsuccessful adventure. Little is actually known about this voyage, although it is suggested that it had a genuinely piratical element. [6]

From all accounts, Walter Raleigh was a flamboyant character. Well known in London, he served time briefly in the Fleet [7] and the Marshalsea for brawling and affray. [4] Perhaps as a result of this he was dispatched to Ireland with a Captain's commission to serve under Arthur, Baron Grey de Wilton. There he remained between 1579 and 1583, where he took part in suppressing the Desmond Rebellions. He distinguished himself with his ruthlessness at the siege of Smerwick and helped establish English and Scottish Protestants in Munster. [1]

On his return to London in 1583 Raleigh, tall, handsome, and superbly self-confident, rose rapidly at Elizabeth I’s court. He quickly became a favourite of the Queen who rewarded him with a large estate in Ireland, monopolies, trade privileges and the right to colonize North America. In 1584 he was returned to Parliament for the first time as member for Devon and continued to be returned for various constituencies almost to the end of Elizabeth's reign. Walter was knighted at Greenwich on 6 January 1585 during the Christmas celebrations.[2] In 1586, he was appointed captain of the Queen’s Guard, his highest office at court. Extravagant in his dress and conduct, the legend that he spread his expensive cloak over a puddle for the Queen has never been documented, but many historians believe him capable of such a gesture . [4]

Walter's brother, Humphrey Gilbert, had died in 1583 and Walter enthusiastically took up his brother's grand design for colonising the New World for which purpose in 1584 he secured a patent with backing from such men as Richard Hackluyt, Sir Francis Walsingham, Lord Charles Howard and his cousin Sir Richard Grenville. He sent out an expedition under Grenville, which established a colony on Roanoke Island. It failed within a year, as did a second expedition in 1587, by which time all England was worrying about the threat from Spain. Though Walter was busy organising the defences of the west country, there is little evidence that he saw active service during the Armada campaign of 1588. [2]

By 1590 Walter was approaching forty and without a wife. He began a liaison with one of the Queen's ladies-in-waiting, Bess Throckmorton. She was the daughter of Nicholas Throckmorton and his wife, Anne Carew. As a result of their liaison, Bess became pregnant and, afraid of the Queen's wrath, they were secretly married in November 1591. [3] A date is sometimes suggested of 19th November but no evidence has yet been discovered. The child, whom they named Damerei, was reputedly born on 29 March 1592 and Bess was back at court on 27 April. [8] The secret did not remain a secret for long, and by June both Walter and Bess were in custody, and in August they were clapped in the Tower of London. Fortunately, it was not for long, as a fleet Walter had dispatched to the Azores returned to Plymouth laden with treasure, and Walter at the request of John Hawkins with Lord Burghley's assistance was sent thither to sort out the chaos of plundering that ensued. Bess was released on the 22nd of December around the time that Damerei died. Though banned from court they were free. Their second child, Walter, was baptised at Lillington in Dorset on 1 November 1593. [9]

In 1595 Walter set out for South America in search of the fabled El Dorado. Although he travelled up the Orinoco river, his mission was unsuccessful and he returned home empty-handed. He was only restored to some favour in 1597 after the attack on Cadiz, and again became Captain of the Queen's Guard in which capacity he was responsible for crushing the Essex rebellion of 1601. [4]

Queen Elizabeth died on 24 March 1603 [10] and, unlike wiser men, Walter had made no attempt to find favour with the potential new monarch, James VI of Scotland, no admirer of men like Raleigh. The king disliked him at once and others who feared him or whom he had offended were not slow to take advantage. His post as Captain of the Guard was given to a Scot and the Bishop of Durham succeeded in obtaining possession of Durham House, which had once been Walter's at the gift of the Queen. Burghley's son, Robert Cecil, who had always been counted a friend turned against him. By the end of July Walter was back in the Tower, this time accused of treason. His trial was transferred to Winchester on account of an outbreak of the plague in London. Inevitably he was found guilty and sentence to be hanged, drawn and quartered. In the end the King allowed him his life. On 19 December he was reprieved, allowed two rooms in the Bloody Tower, his books, his laboratory, and the company of his wife and his friends. Walter and Bess's third son, Carew, was baptised at St Peter ad Vincula, the chapel inside the Tower, on 15 February 1605. [11]Bess took a house on Tower Hill and, with time on his hands, Walter took to writing prose, notably his History of the World.

He was released from prison on 19 March 1616 and, with no intention of retiring, at once set about planning another voyage to the Orinoco in search of gold. He and his son Walter sailed from Plymouth with a fleet on 12 June 1617. Yet again he found little success and to make matters worse, his son Walter was killed in the assault on San Thomé. [12] On his return to England, he was arrested, accused of compromising the peace between England and Spain by the attack on San Thomé. On 29 October 1618, Sir Walter Raleigh was executed by a headsman on the basis of the sentence previously passed in 1603. His head was placed in a red leather bag and taken away by Bess, who is said to have kept it with her for the rest of her days. His body was buried at St Margaret, Westminster. [2] A letter written by John Pory on 31 Oct 1618, noted that Every man that saw Sir Walter Raleigh die said it was impossible for any man to show more decorum, courage or piety; and that his death will do more to hurt the faction that sought it, then ever his life could have done. [13]

It is believed that his head was kept at West Horsley Place, the home of his widow Bess and son Carew. After Bess’ death, Sir Walter’s head is understood to have been placed in a cupboard under the stairs (a la Harry Potter!) at West Horsley Place, reappearing in 1660 when tragedy struck the family and Sir Walter's grandson Walter and two of his children died as a result of an epidemic. [14] The head was then buried alongside Walter and his children, in the side chapel of neighbouring St Mary’s Church, West Horsley.

In an interesting twist, what very possibly could be the red bag, was discovered in 2014 in an attic at West Horsley Place. Initial investigations indicate that it was probably made in the early 17th century. Its design, the material, sewing techniques and construction method are consistent with this period. The bag has been sent for further analysis to try to establish whether it could be the long-lost bag that contained Sir Walter’s head. [14] 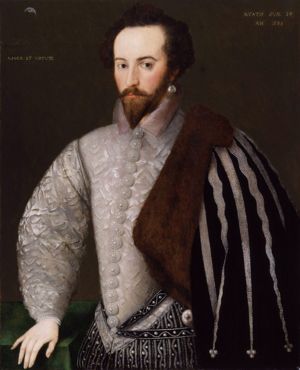 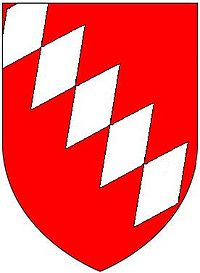 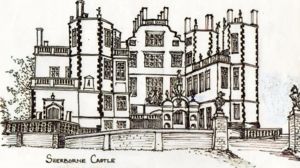 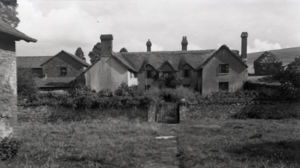 Beryl Meehan
Did Sir Walter Raleigh leave a will? I'm interested in learning if he named any of his servants in it.
posted Dec 02, 2019 by Beryl Meehan

C. Mackinnon
Raleigh-291 and Raleigh-1 appear to represent the same person because: Just found this clearly intended to be Sir Walter though the birth date was entered wrongly
posted May 07, 2018 by C. Mackinnon

Darvana (Dennis) Tressler
The first English Colony of Roanoke, originally consisting of 100 householders, was founded in 1585, 22 years before Jamestown and 37 years before the Pilgrims landed in Massachusetts, under the ultimate authority of Sir Walter Raleigh. In 1584 Raleigh had been granted a patent by Queen Elizabeth I to colonize America.

Why is there no mention of this in his biography?

James I's royal warrant pardoning Raleigh in 1617. In 1617, Raleigh was pardoned by the King and granted permission to conduct a second expedition to Venezuela in search of El Dorado. During the expedition, a detachment of Raleigh's men under the command of his long-time friend Lawrence Keymis attacked the Spanish outpost of Santo Tomé de Guayana on the Orinoco River, in violation of peace treaties with Spain, and against Raleigh's orders. A condition of Raleigh's pardon was avoidance of any hostility against Spanish colonies or shipping. In the initial attack on the settlement, Raleigh's son, Walter, was fatally shot. Keymis informed Raleigh of his son's death and begged for forgiveness, but did not receive it, and at once committed suicide. On Raleigh's return to England, an outraged Count Gondomar, the Spanish ambassador, demanded that Raleigh's death sentence be reinstated by King James, who had little choice but to do so. Raleigh was brought to London from Plymouth by Sir Lewis Stukeley, where he passed up numerous opportunities to make an effective escape.[35][36]

Renee Malloy Esq
Yes, Anne B, I think Walter would like that. Thank you for your consideration and for all those who contributed to the Collaborative Profile. Let me know what I may do to help, Renee Malloy, JD
posted Feb 19, 2015 by Renee Malloy Esq

Anne B
Hi, This profile is being considered for Collaborative Profile of the Week. Do you have any objections?
posted Feb 19, 2015 by Anne B