James Jr. graduated from Harvard University in 1908. He married in 1910 to Miriam Smith. Together they had three children, one daughter and two twin sons. His wife, Miriam died in 1927.

Before 1918, James Jr. had served three years with the National Guard of NY.

Between 1908 to 1915 James Jr. worked with his father at the family business, Rand Ledger Corp. After a disagreement with his father on running the business, James Jr. created a new company called American Kardex that dealt in filing systems and office supplies, mostly used by medical offices. This was in 1915. His ideas centered on "making business simpler."

It became a huge company by 1920. In 1925, James Jr. purchased the Rand Ledger Corp. with his father serving as chairman of the company. From 1927 to 1929 James Jr. purchased and merged many similar companies, including companies manufacturing carbon paper, binders, adding machines, filing cabinets and office safes.

In 1927 he created the big merger of Rand with Remington Typewriter Company. Remington had the noiseless typewriter in 1909 and electric typewriters in 1925. With the merger of these two giants, the new Remington Rand Co. carried the varied supplies purchased by banks, businesses, libraries, insurance companies and government agencies.

In 1931, James Jr. was the President and Chairman of the Board of Remington Rand Inc. With the Great Depression of the 1930s the Remington Rand Inc. was hurting economically. He worked with many banks and federal agencies to promote the economy. James encouraged the U.S. Government to get off the gold standard. He had a great deal of influence and greatly help set federal economic policy during the 1930s.

Between 1936 and 1937, James Jr. also had major strikes and union disputes involving workers at the Remington Rand plants. He felt he was "at war" to break these strikes however he could.

In 1937, James Jr.'s company developed the Remington electric shaver, a major product for the company.

Rand's interest in speed boats helped save three lives. While Rand was power boating in Long Island Sound in 1939, he encountered a small boat which had capsized. The three women who had occupied the boat were near drowning when Rand's boat came upon the wreck. At age 53, Rand, jumped into the water and helped pull the women to safety. He was greatly praised for personally saving the three women's lives.

With the US in the war during the 1940s, James Rand Jr. transformed the Remington Rand Inc. into a major defense contractor. The company manufactured parts; like propellers, loading equipment, along with weapons for the U.S. military, including bomb fuses, bombsights and the M1911 pistol. Durng this time his father, James Sr., the founder of the originial company died in 1944.

By 1958, James Jr. stepped down from complete control of the company, turning it over to Kenneth R. Herman as company president. His son, Marcell N. Rand did go into the family business and served as executive vice president and general manager of Remington Rand Inc.

In the mid-1950s, James started many private developments in South Florida as a winter resident in Stuart (living on Cardinal Street) in Martin County. In 1956, 15 acres of land was purchased in Stuart on East 7th Avenue. On it was built a private Public Health Research Foundation Laboratory. Its research involved developing cures for cancer, high blood pressure and heart disease. He was the major contributor to its development. He donated alone $200,000 in 1957. Rand became the head of the non-profit foundation of this Public Health Research Lab.

James also contributed to the establishment of the Florida Oceanographic Society in 1964 and its first facilities were at the Foundation Laboratory on East 7th Ave.in Stuart. Its purpose was to support the study of marine sciences and to provide information to the public.

The favorite pier of the community was demolished in 1978 by Mobil Land Development, who were the later developers of Sailfish Point.

James and his 3rd wife, Dorothy Louden Steveson moved to Freeport, Bahamas in 1962. He donated a great deal of money for the advancement of medical care by building a hospital. Also a library for the community was donated by Rand in the Bahamas.

Financial problems with the IRS started in 1966 for James Rand Jr. with them suing him for $35 million in back taxes. He fought with the IRS until his death on June 3, 1968 in Freeport, Bahamas Islands. This conflict caused a hindering of any true medical or marine research at the Lab over the last few years. Also financial liens were placed on the Stuart Laboratory property by the IRS.

The Stuart Laboratory property (and buildings) on East 7th Ave. was then closed down by 1969 and the property given to Harvard University (as stated in Rand’s Will as he was an alumni of Harvard). The value of the property and buildings in early 1970 was set at $2 million.

By May of 1970, Harvard had the IRS liens released on the East 7th Ave. property so they could sell the property and then build a public health complex in the NE section of the country, closer to Harvard.

James Rand Jr. did make a contribution to the business world for decades by making the work easier using the right tools. He then donated a good portion of the family wealth to benefit others.

James Henry Rand was born on November 18, 1886 in North Tonawanda, Niagra, New York, United States. His parents were James Rand and Mary Scribner. He married Miriam Smith on December 28, 1910 He married Evelyn Huber on November 05, 1928 He died in 1968 in Freeport, Grand Bahama, Bahamas 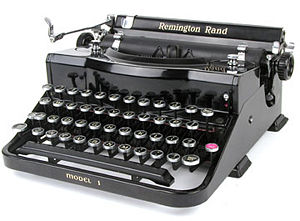 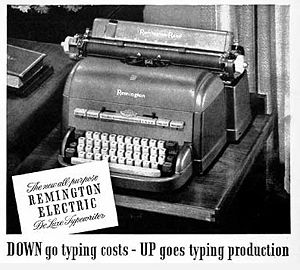