THE FOLLOWING IS TAKEN FROM THE VIRGINIA HIST. SOC. WEB PAGE:
"No family in colonial Virginia was more prominent or more powerful than the Randolphs. "You must be prepared to hear the name Randolph frequently," wrote a French traveler to Virginia in the 1780s, the marquis de Chastellux, who recognized the Randolphs as "one of the mostnumerous and wealthiest" of the "first families" of the colony. When writing Moby Dick in 1851, Herman Melville cited the Randolphs as the quintessential "old established family in the land," the ultimate contrast to those families whose sons were forced into the perilous profession of whaling.
The dynasty was founded by William Randolph I, who, in 1680, established a seat below the falls of the James River. Generations of his heirs developed neighboring plantations, eleven major ones in all. As owners of tens of thousands of acres of land worked by hundreds of slaves, and serving as well as merchants and shipowners, the Randolphs unified, like a modern business conglomerate, affected the economic affairs of the colony. They also influenced the administration of government. Among the Randolph politicians were some of the most accomplished lawyers in the region.
Art patronage by the family increased with its third generation, because of both inherited wealth and the availability in the 1750s of a highly talented portraitist. The Randolph brothers and sisters awarded the artist John Wollaston, multiple commissions. William Randolph III of Wilton ordered ten paintings. The inspiration for the Wilton collection and for the house itself was drawn from the spectacular gallery and mansion at nearby Westover, Turkey Island, Henrico County.

William Randolph was buried close to his parents in the Randolph family cemetery at Turkey Island, in Henrico County Virginia.

Catherine Knaub writes [1]
"My family and I recently visited the family cemetery of Wm. and Mary Randolph at Turkey Island. The cemetery is on private property and we had to get special permission to copy the info from the tombstones. I promised the owner that I would put the info on the web. There is a 4 foot cement wall around the cemetery with no gate so it was quite an experience. Hope someone out there enjoys reading about our Randolphs." Catherine and her family began their transcription of the gravestones by numbering them from their left as they entered, recording "#5 (was very difficult to read but this is what we believe that it said with many f's for s's)"

Here lieth the Honourable
WILLIAM RANDOLPH Efq. Eldeft Son
of Col. WILLIAM RANDOLPH of this Place
And of MARY his wife
who was of the Ancient & Eminent Family
of the ISHAMS of Northamptonfhire
Having been Introduced early into Bufinefs
And praised through many of the (interior)
Offices of Government with great
Reputation and Eminent Capacity.
He was at laft
By his Majesty happy here
and the univerfal Approbation of his Country
Advanced to the Council
His Experience in men and bufinefs
the native Gravity and Dignity
of his Person and behaviour
his Attachment to the Interefts of his Country
Knowledge of the Laws in general
and of the Laws & Constitution
of his Colony in particular
his Integrity above all calumny or Sufpicion
The Acutenefs of his parts
and the Extenfivenefs of his Genius
together with that Solidity of Senfe & Judgement
which was ever predominant in all he said or did
Rendred him not only equal,
but an Ornament to the high Office he bore
and have made him Univerfally lamented.
As a moft able & Impartial Judge.
and as an upright and useful Magiftrate
in all other Respects.
Neither was he lefs conficuous
for a certain Majestic plainnefs
of Senfe and honour which carried him
through all parts of private life
with an equal Dignity & Reputation
And deservedly obtained in the character
of a just good man.
in all the several dutys & Relations of life
Natus Nov. 1681
Mortuus Oct. 19, 1742
Anno Aetaris Gr.

Bio: Son of Col. Wm. and Mary (Isham) Randolph Sr. (Sometimes spelled Randolf.)Randolph was born on the Turkey Island Plantation along the James River in Henrico County, Virginia in 1681 and resided there his entire life.[2] He married Elizabeth Beverley (the daughter of Peter Beverley, a Speaker of the House of Burgesses and Treasurer of Virginia) around 1705 and the couple had five (5) children that reached adulthood: Beverley Randolph (born ~1706) married Elizabeth Lightfoot and had no children.[6]Peter Randolph (born ~1708) married Robert Bolling Jr.'s daughter, Lucille Bolling. They had four children, including Beverley Randolph, the eighth Governor of Virginia[1] and Ann Bolling Randolph Fitzhugh, William Fitzhugh's wife.[6]William Randolph III (born ~1710) married Anne Harrison, the daughter of Benjamin Harrison IV, and had five children.[1]Mary Randolph (1704-1777) married Joseph Rentfro [1][5]Elizabeth "Betty" Randolph (born ~1725) married Colonel John Chiswell and had at least four daughters who reached adulthood, including Susan R. Chiswell, the wife of John Robinson, the 32nd Speaker of the House of Burgesses.[1]Randolph was a great-uncle of United States President Thomas Jefferson. His brother, Richard Randolph married Major John Bolling's daughter, Jane Bolling, also a lineal descendant of Pocahontas. They had six children. His brother, Sir John Randolph married Susanna Beverley (daughter of Peter Beverley, Speaker of the House of Burgesses and Treasurer of Virginia) on July 20, 1738.

Inscription: “Here lieth the Honourable William Randolph Esqu., eldest son of Colonel William Randolph of this place and of Mary, his wife, who was of the ancient and eminent family of the Ishams of Northamptonshire. Having been introduced early into business, passed through many of the inferior offices of the government with great reputation and eminent capacity. He was at last by his Majestie’s happy choice and the universal approbation of this country advanced to the council. His experience in men and business the ?? and dignity and person and behavior attachment to the interests of his country. Knowledge of the laws in general and of the Constitution of his colony in particular. His integrity above all calumny or suspicion the astuteness of his parts and the extensiveness of his genius together with his solidity of sense and judgement which was ever pre- dominent in all he said or did rendered him not only equal but an ornament to the high office he bore and have made him universally lamented as a most able and impartial judge. And as upright usefull magistrate in all other respects.Neither was he less conspicuous for a certain majestic plainess of sense and honour which carried him through all parts of private life with an equal dignity and reputation and deservedly obtained him the character of a just good man in all the several dutys and relations of life.” Natus date Nov. 16, 1681 Mortus date Oct. 19, 1742

Sponsored Search by Ancestry.com
DNA Connections
It may be possible to confirm family relationships with William by comparing test results with other carriers of his Y-chromosome or his mother's mitochondrial DNA. However, there are no known yDNA or mtDNA test-takers in his direct paternal or maternal line. It is likely that these autosomal DNA test-takers will share some percentage of DNA with William: 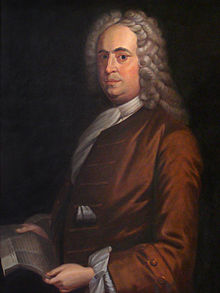 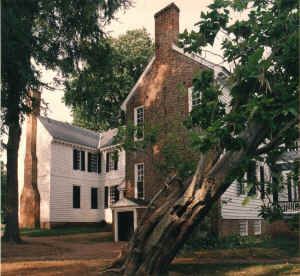 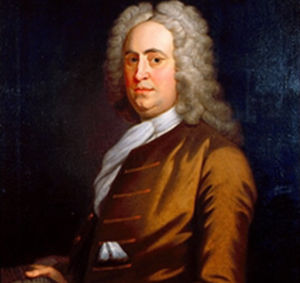 Leave a message for others who see this profile.
There are no comments yet.
Login to post a comment.
Cherie (Randolph) Freeman
William and Cherie are first cousins 9 times removed

Paula (Hawkins) Reinke
Hi Profile Managers, Please note there is a Suggestion that needs your attention! Thank you kindly.