Philip was born on 13 June 1892 in South Africa. He was baptized in Parish of Johannesburg, Diocese of Pretoria, the Transvaal, South Africa, on 26 March 1894. His parents were Edgar Philip Rathbone and Annie Barbara George. They lived at Trene Estate, and Edgar was a mine inspector. The sponsors were Thomas F. Carden?. Frederick H. George, and Helen Beatrice George. C. B. Shaw performed the ceremony.[1]

was an English actor. He rose to prominence in the United Kingdom as a Shakespearean stage actor and went on to appear in more than 70 films, primarily costume dramas, swashbucklers, and, occasionally, horror films.

Rathbone frequently portrayed suave villains or morally ambiguous characters, such as Mr. Murdstone in David Copperfield (1935) and Sir Guy of Gisbourne in The Adventures of Robin Hood (1938). His most famous role was that of Sherlock Holmes in fourteen Hollywood films made between 1939 and 1946 and in a radio series. His later career included roles on Broadway, as well as self-ironic film and television work. He received a Tony Award in 1948 as Best Actor in a Play. He was also nominated for two Academy Awards and was honoured with three stars on the Hollywood Walk of Fame.

Is Basil your ancestor? Please don't go away!

ask our community of genealogists a question.
Sponsored Search by Ancestry.com
DNA Connections
It may be possible to confirm family relationships with Basil by comparing test results with other carriers of his Y-chromosome or his mother's mitochondrial DNA. However, there are no known yDNA or mtDNA test-takers in his direct paternal or maternal line. It is likely that these autosomal DNA test-takers will share DNA with Basil: 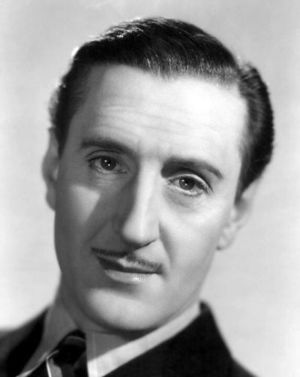