NZ PIONEER. Arrived Wellington on board the "George Fyfe" on the 7 Nov 1842

Prior to the UK Census of 1841, the Redwood family history is obscure. It appears that Henry was the son of John Maltster Redwood (12.4.1757, Wareham Dorset) and Elizabeth Verncombe(23 November 1760, Kingstone, Somerset). The Census indicates that Henry was not born in Staffordshire. In fact, his immediate family were the only Redwoods in the County of Staffordshire.

One writer notes that both Henry and his wife Mary Gilbert converted to Catholicism at different times. I would have thought that in the circumstances it would be difficult for a person who was a Catholic to immigrate to another County to buy land. (Note they had Church of England and Catholic marriages on the same day)

[It was illegal to be a catholic in England at that time; this was the NZ Land Settlement scheme, with aims to give all people the right to freedom - they were judged on how much work they did - hence wealthy catholics joined/backed the scheme] primary research by Kathryn Smith-86545

Francis Redwood, Henry’s son, however, in his ‘Reminiscences’ notes that the family travelled steerage class on the George Fyfe to NZ, to save as much money as possible from the sale of Henry’s farm in Staffordshire..

At least by June 1794 (Henrys birthday) the family were living at or near Tixall Hall in Staffordshire, which was the family seat of Sir Charles Clifford. Charles also immigrated to NZ on the George Fyfe. The Clifford family had aristocratic forebears, one of whom had also converted to Catholicism.

While the Census lists Henry as a farmer, he is not a shown as a tenant on the tenancy records of any of the Tixall farms (as Joseph Ward – a relation by marriage- was). His address is given as Lower Hayyard, Tixall It has been suggested that Henry was Clifford’s estate manager or overseer.

The evidence points to there being a fairly strong connection between Henry Redwood’s family and the Clifford family – they lived together or in the same vicinity, they were co-religionists of an unpopular religion, and they immigrated to NZ on the same ship.

It seems that religion and the availability of land may have played a large part in their plan to immigrate.

Henry purchased a run of 50 acres in the Nelson area from the New Zealand Company prior to leaving England.

Charles Clifford and William Vavasour his cousin were financed by their families, and purchased land outside Wellington after their arrival.

On arrival in Nelson, Henry purchased the pine timber used to fit out the immigrants quarters on the George Fyfe, and a considerable amount of canvas. Henry Redwood Senior, his son Henry, and Joseph Ward (who had accompanied the family) settled the rest of the family into barracks, and went by boat to their block at Waimea West, about 15 miles from town to clear a building site and erect, firstly, a tent some 20 metres long (in which the family lived comfortably for 6 months) and eventually, a double storied house –Stafford Place.

Fortunately there was an abundance of birds and marine life available, and, over time, the family became virtually self-sufficient.

Joseph Ward was, amongst other things, a scholar and attended to the children’s schooling needs. Their mother Mary taught the children their Catholic faith so well that one child, Francis, became the first locally born Archbishop of New Zealand.

The family were devout Catholics. At one point Henry Senior declared his intent to leave New Zealand and settle in Tasmania unless a Catholic priest was appointed to the area. A priest arrived in the area by 1850.

They attended Sunday Mass at Nelson, and having daily services in their home or farm buildings.

Henry Senior became interested in the Wairau Plains in 1847 after his son Thomas had unsuccessfully attempted to move a mob of sheep through the area. It was surveyed in 1848 (Joseph Ward being one of the surveyors). In 1854-5, Henry was granted a number of Crown grants in the area, and eventually put together 1 property, named Vernon after his wife, of 20,000 acres.

By 1870, Henry Senior had purchased Withers Run, and owned the land from Taylors Valley to the sea, and many of the river flats in the Wairau and Awatere Valleys. On his death in 1873, the block was split up to form smaller farms, and the town of Redwoodtown.

Arrived Wellington on board the "George Fyfe" on the 7 Nov 1842 and became Catholic converts (sic) says Mary Jane Goulter. [It was illegal to be a catholic in England at that time]

His residence was named "Waimea" 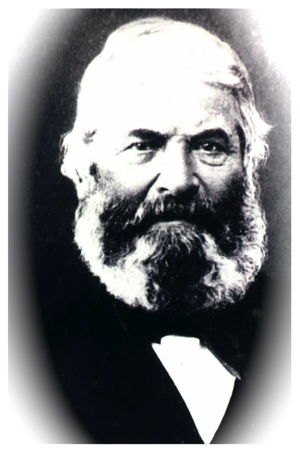 Henry is 28 degrees from Wendy Taylor, 13 degrees from Christian VII af Danmark and 16 degrees from Henry VIII of England on our single family tree. Login to find your connection.