John Edward Reeves was born on December 29th 1861 in Mile End Old Town (Whitechapel) London, England. He was baptised at All Saints Stepney on February 23 1862. On December 31 1882 he married Eliza Hall at St. Mary's Plaistow. They had seven children between 1880 and 1895. At the time of his marriage to Eliza, John was a boot laster, later he became a boot rivetter. They lived at 14 Princes Street Stepney and at 3 Landsdown Road Leytonstone. Before1897 John Edward was established as a photographer. His studio was at 50 Hermit Road Plaistow. The family also lived there but the house was on a corner with the studio entrance on Hermit Road and the private entrance on 1 Carlton Street, this is the same house even though Carlton Street is sometimes recorded as canning Town. At some stage John Edward also had a photographic studio at 109 Queens Road, Lowestoft, Suffolk. Eliza died on March 4 1897 and on December 27 1897 John married Annie Jane Harvey at St. Mary's Plaistow. They had 3 children between 1905 and 1908. In May 1911 the family, including 4 of the children from the first marriage, emigrated to Australia. Three more children were born in Australia between 1912 and 1919. They settled in Kyogle and farmed at The Cape, Dourigans Gap. In 1920 all but three of them returned to England, they arrived in London on September 3 1920 but stayed for less than a year, arriving back in Australia in April 1921. John took up photography again and worked as a photographer until his death on June 10 1936. He was buried in Kyogle General Cemetery, Row K Plot 20A, C of E Section.

At some time he also had a house & studio at 109, Queen's Road, Lowestoft, Suffolk, England.

NOTICES OF RELEASE OF TRUSTEES—continued.

Incoming Passenger list for John's return to England in 1920

Search Ship Database: View the 'Osterley' in the 'Passenger Ships and Images' database

On return to Australia 1921 he became a photographer again

See photo of grave in images

Follow this link for photo of the grave: https://www.findagrave.com/memorial/116762404

From registers and census as well as family recollections


Memories: 1
Enter a personal reminiscence or story.
Christine (Hills) Frost
John Edward Reeves had a photographic studio at 50 Hermit Road, Canning Town, London He also had one at 109 Queen's Road, Lowestoft which is listed in a trade directory for 1891. Mary (Hall) Gage remembered going there as a young child and she was born in 1898 so it is likely that he kept on the Lowestoft studio in the first decade of the 20th century.
posted 26 Sep 2016 by Christine (Hills) Frost   [thank Christine]
Login to add a memory.
Is John your ancestor? Please don't go away! 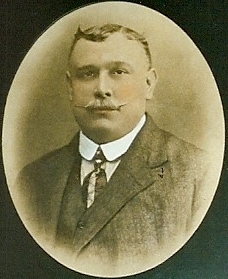 The church where Eliza Hall married John Edward Reeves in 1882 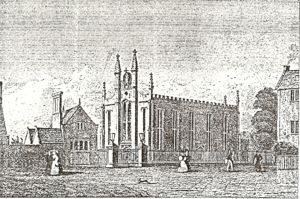 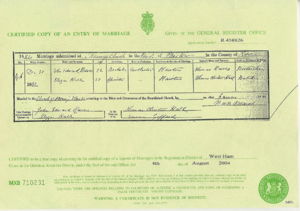 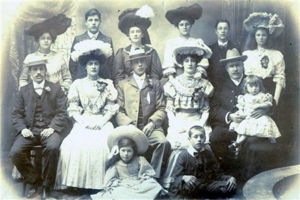